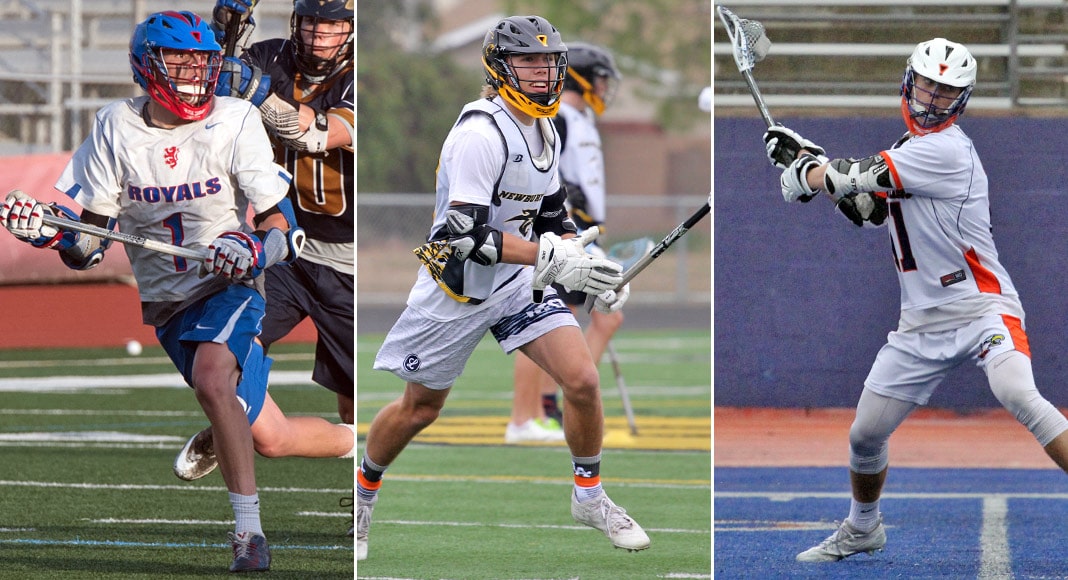 Our 2018 players to watch series moves to the midfield, where all three of the players we featured last year as juniors easily could be featured here again.

But we believe in spreading the love, so while Matt Chopp (Sierra Canyon), Bryce Hardy (Oak Park) and Beau Sabosky (Palos Verdes) certainly remain worth watching this season, here are a few other senior middies worthy of your attention.

Our lists were compiled using 2017 all-league lists, nominations from coaches and by paying close attention to area lacrosse over the past three seasons:

Lehman and his fellow San Marcos seniors started the school’s CIF program in 2015, a freshman season in which he scored 68 points (49 goals, 19 assists). As a junior last year, Lehman scored 69 points (42g, 27a) in leading the Royals to a 14-3 record, including 13 goals in three US Lacrosse Postseason Invitational tournament games. He was named US Lacrosse Academic All-American.

A second-team All-Marmonte League selection last season, Shoop has totaled 45 goals and 24 assists the last two seasons. Both totals are solid enough, but Shoop is one to watch for what he did after his junior season — he got better. With an offseason of hard work on his shooting form and ability to read defenses, Shoop earned an invitation to play NCAA Division I lacrosse at St. John’s. He committed last week.

A big, athletic midfielder — who also can rotate down low and play attack — Griffin earned second-team All-Mission League honors as a junior. A wide receiver on the Eagles state-ranked football team (47 catches for 773 yards the last two seasons), the 6-foot-2, 180-pound Griffin is both elusive and physical on the offensive end and is relentless on the ride.