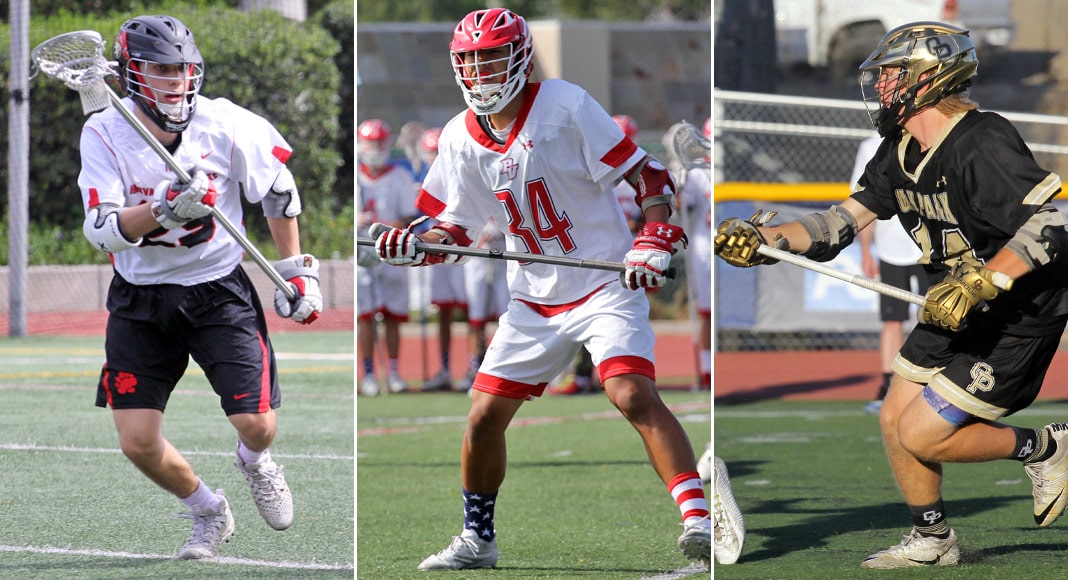 As our trip through the lists of top seniors to watch in the area moves to defense, we once again faced the prospect of featuring the very same defenders we featured last year as juniors. But there was a second dilemma, as well: What to do with poles who rotate back and forth between close defense and LSM?

In past years, we’ve grouped longstick midfielders with the goalies and face-off middies on a list of specialists to watch. This year, all longpoles were grouped together, hoping to recognize the versatility in a very deep group of seniors.

As with senior attacks and middies earlier this week, we can’t ignore the three defenders we featured last year as juniors — Kyle McBride, Palos Verdes (two-time All-Bay League; committed to St. John’s), Hart Swan, Palos Verdes (All-Bay League, committed to Denison), and Nate Holguin, Oak Park (Eagles’ defensive MVP, All-County by the Ventura County Star) — all of whom continue to make big contributions to their teams and beyond.

Here is a long list of senior defenders to watch in 2018, compiled using 2017 all-league lists, nominations from coaches and by paying close attention to area lacrosse over the past five seasons:

An active and aggressive defender with the ability to play close defense or LSM, Pompan helped anchor a defense that allowed only 5.7 goals per game last season in leading the Wolverines to a 16-2 record and a second consecutive berth in the LA semifinals. Pompan was credited with 78 ground balls and 23 caused turnovers.

Primarily an LSM for the Sea Kings, playing the wing on face-offs, Park is a four-year varsity player and two-year starter. Coach Jimmy Borell describes him as a “ground ball machine.” Last season, Park was named first-team All-Bay League, US Lacrosse All-Academic and recipient of the US Lacrosse Bob Scott Award. This year, he will team with McBride, Swan and a swarm of other poles to anchor the PV defense.

A three-year varsity player and two-time captain for the Eagles, Hoops is a versatile defender who actually stepped into the cage and played goalie for five games last season to fill a need. This year, coach Tarik Ergin said Hoops might even spend some time in the midfield and on man-up situations. Hoops was named second-team All-County by the Ventura County Star.