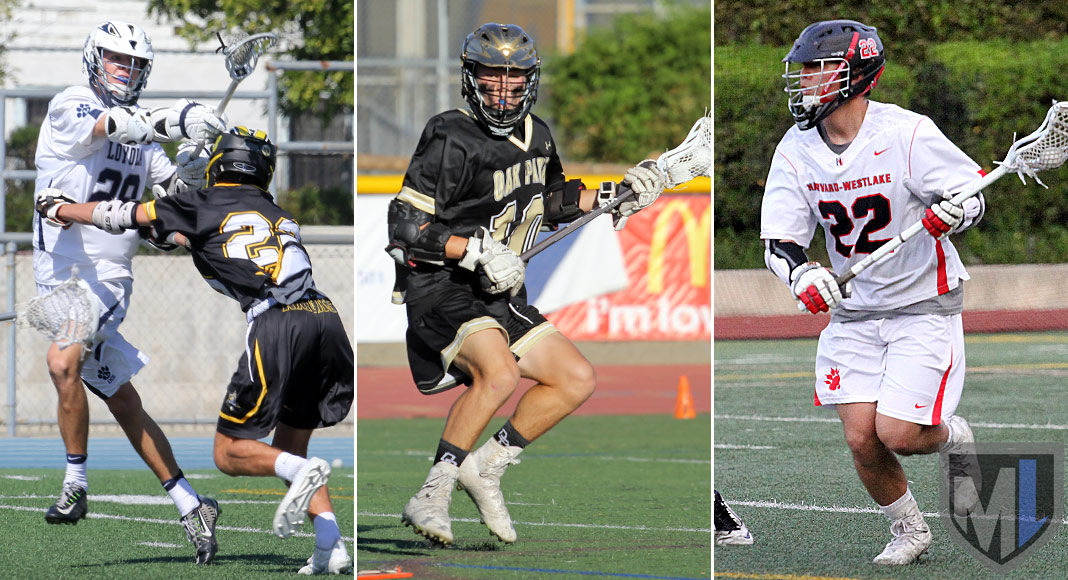 For the fourth season in a row, MaxLax is compiling and publishing lists of players to watch at each position and in each class. Today, we look at a long list of senior attacks, many of whom we’ve been watching for a couple of years now.

In fact, all three of the attackmen that we featured last year as juniors — Duke Cohen of Westlake, Macchio Rissone of Palisades and Paul Rodriguez of Harvard Westlake — still easily could be on this list as seniors, as could many, many others.

Here is a look at some of the top senior attackmen in the LA area, compiled from 2017 all-league lists, nominations from coaches and the past three seasons of paying close attention to area lacrosse:

This spot easily could have been Henry Hasenberg, Loyola’s other top senior attackman. The two have been mainstays on a very deep Cubs offense for the past three seasons, and wearing uniform numbers 27 (Hasenberg) and 28 (Priestley), they seem almost interchangeable. Last season, Priestley was named first-team All-Mission League; Hasenberg was a second-team selection. With 13 seniors graduated off the back-to-back Southern Section champions, these two attacks will be asked to step up and become bigger offensive weapons.

A four-year varsity starter and two-time captain for the Eagles, Julius represents not only the heart and soul of the team, but also a lot of its offense. He has compiled 119 points in his first three years, scoring 78 goals and delivering 41 assists. Last year, he played about half the time at midfield, though he does his best work down low. Coach Tarik Ergin called the 5-foot-7, 150-pound Julius a hard worker and tough rider who “plays bigger than his body.”

Teammate and fellow senior attack Paul Rodriguez, who is committed to Duke and was featured on this list last year, attracts most of the attention when discussing the Wolverines’ offense, but don’t sleep on Park. He is equally adept at dodging from X and pulling his shot past a goalie (five goals vs. Peninsula last year) or feeding the crease when the slide comes (seven assists vs. Crespi). Off ball, he has a knack for finding soft spots in the crease and excels at finishing in close.