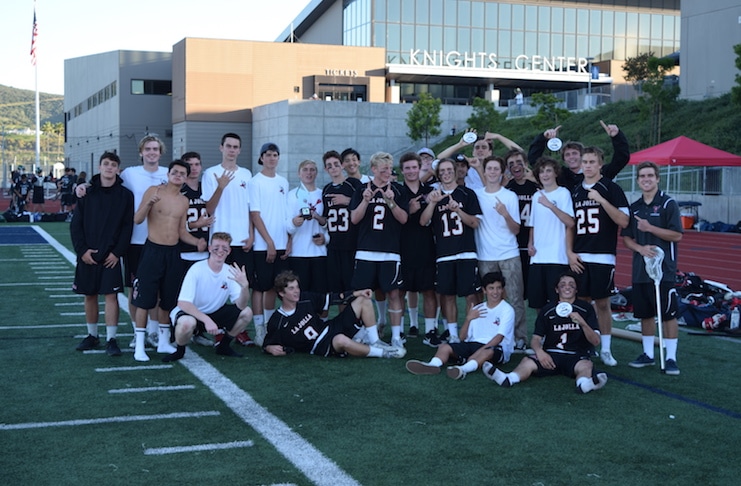 La Jolla took control of the game early, jumping out to a 3-1 1st quarter lead before adding another two goals at the 7:41 and 7:00 minute mark of the 2nd quarter. Up 5-1 with time winding down in the half, La Jolla looked on pace to cruise to an easy victory. However, with less than 3 minutes left to play in the half, Scripps Ranch netted 3 unanswered goals to head into halftime down by only one.

Scripps Ranch was the first to strike in the second half, evening the game at 5 a piece with 5 minutes left to play in the 3rd quarter. The teams then traded goals back and forth as the 3rd quarter drew to a close. Heading into the final quarter of the 2017 season, La Jolla clung onto a 7-6 lead.

Both teams defensive units came out strong to open up the 4th quarter, neither allowing a goal for a nail-biting six minutes of play. However, La Jolla broke the scoreless streak at the 6:06 mark, before giving up a goal to Scripps Ranch just 13 seconds later. With under a minute left to play, Scripps Ranch attained possession and called a time out in order to draw up a last-ditch effort to tie the game up. However, the effort was unsuccessful. After causing a turnover, La Jolla ran out the remaining 23 seconds of time left on the clock, claiming the CIF Division 1 title by a score of 8-7.