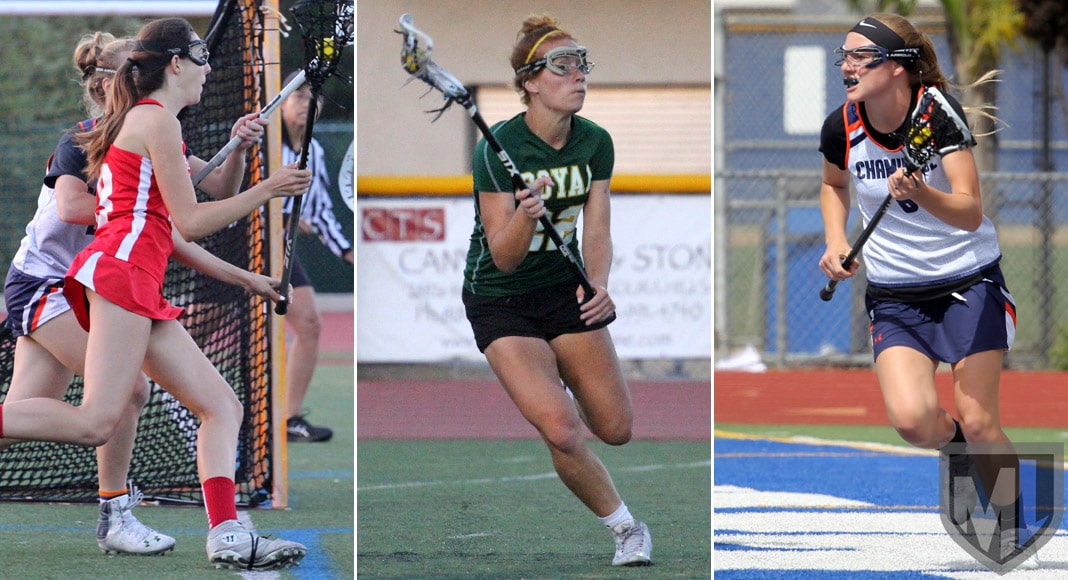 Our look at girls lacrosse players to watch in the 2018 season starts with a long list of seniors, including three highly accomplished offensive contributors who have made their marks at the varsity level over the past three years.

Here is a list of seniors to watch in 2018, compiled using nominations from coaches and lists of 2017 accomplishments:

Shafer led the Sea Hawks in scoring last spring, helping Redondo Union win the US Lacrosse North Division championship for the fourth time. She was named US Lacrosse All-American for the greater Los Angeles area as a junior and was first-team all-area as both a sophomore and a junior. Sea Hawks coach Tom Borgia described her as a versatile player with a great feel for the game.

A four-year starter for the Highlanders, Hall compiled 43 goals, 40 assists and 43 ground balls, increasing her school-record totals in each category. She was named Royal’s team MVP in each of the last two seasons and earned first-team all-Northern Division last spring. In November, she signed a letter of intent to play NCAA Division I lacrosse at Butler University.

Mackel amassed 133 points last spring (89 goals, 44 assists) in leading Chaminade into the US Lacrosse North Division title game for the first time and earning US Lacrosse All-American honors. That performance followed a 63-goal season as a sophomore. She has been named first-team all-area in each of her high school seasons. In November, she signed to play Division I lacrosse at Elon University.