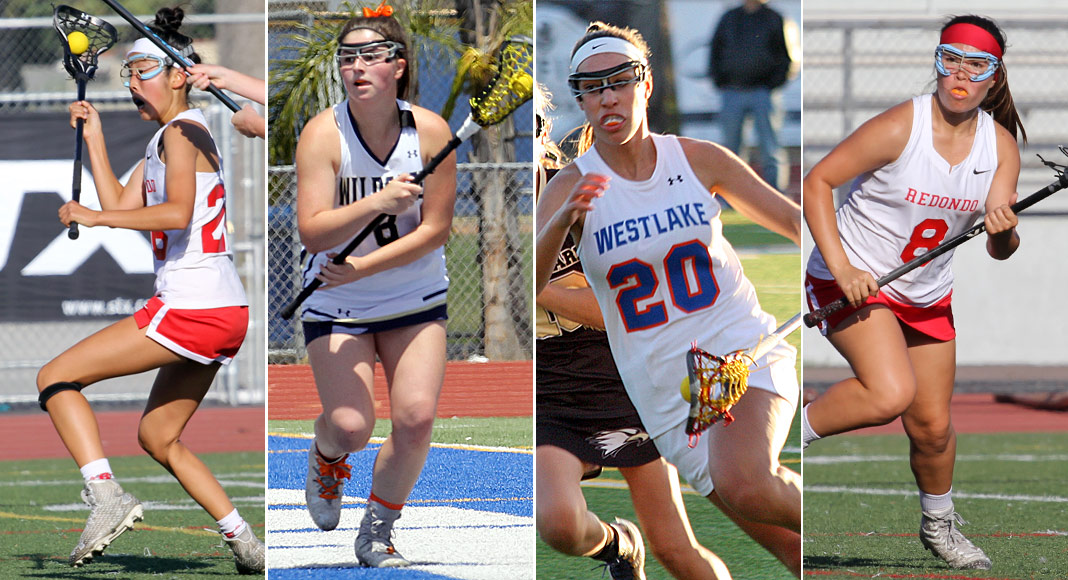 With the 2019 lacrosse season already under way, MaxLax has compiled a list of junior girls players who deserve your attention this spring.

Assembled from last season’s all-league and all-area lists, along with nominations from area coaches, here is a long (but probably incomplete) list of junior players to watch in the LA area.

As a freshman, Tokushige was named second-team All-Bay League and All-Area. Last year, she made the first team on both postseason lists after helping the Sea Hawks to their second consecutive LA championship. She scored 50 goals and had 27 assists last season to go with 65 ground balls. Last fall, she committed to continue her career at NCAA D-I UC Davis.

A three-year varsity starter and three-time first-team All-Pacific League selection, Gervasi has consistently lead the Wildcats in goals and draw controls every year since her freshman season. “She has an eye for the back of the net and possesses a focused, unpredictable and powerful shot.” — Coach Leesa Chelminiak.

The reigning Marmonte League MVP, Tilton amassed 98 points last season (78g, 20a), controlled 140 draws, collected 58 ground balls and caused 56 turnovers. She was named first-team All-Area and also named one of the top 30 midfielders in the 2020 class nationally. She remains verbally committed to USC.

Gamet scored 52 goals and had 18 assists as a sophomore on a team with three other 70-point scorers. That performance earned her second-team All-Bay League honors. In the LA title game, she scored five goals as the Sea Hawks beat Agoura.

Who did we miss (or whose coach forgot to tip us off to a junior to watch)? Let us know in the comments below.