The Mavericks (18-2) hoisted the Open Division trophy in head coach Kevin Cooper‘s first season. LCC won the Division I title in 2015 and lost in the Open semis last year.

Midway through the third quarter Saturday, it appeared the Mavericks would coast to the championship. After Coronado, poised by halftime adjustments, pulled with 6-4 three minutes into the second half, La Costa Canyon responded with two quick goals, including a man-up goal by J.J. Stillstrop (2 goals, 1 assist) to lead 8-4.

But Coronado (15-7) wasn’t finished. The Islanders scored two goals late in the period to cut the deficit to 8-6 and spark a five-goal run that gave them a 9-8 lead with about four minutes to play.

However, La Costa Canyon quickly answered when Andrew Beacham (3g, 2a) fired a shot stick-side high past Islanders keeper Easton Gormican to tie the game 9-9. With 1:35 left to play, La Costa Canyon’s Grady Becks (3g, 1a) face-dodged his defender and shot the ball low. Gormican instinctively kicked out his ankle and deflected the shot, but the ball trickled in for the eventual game-winner. 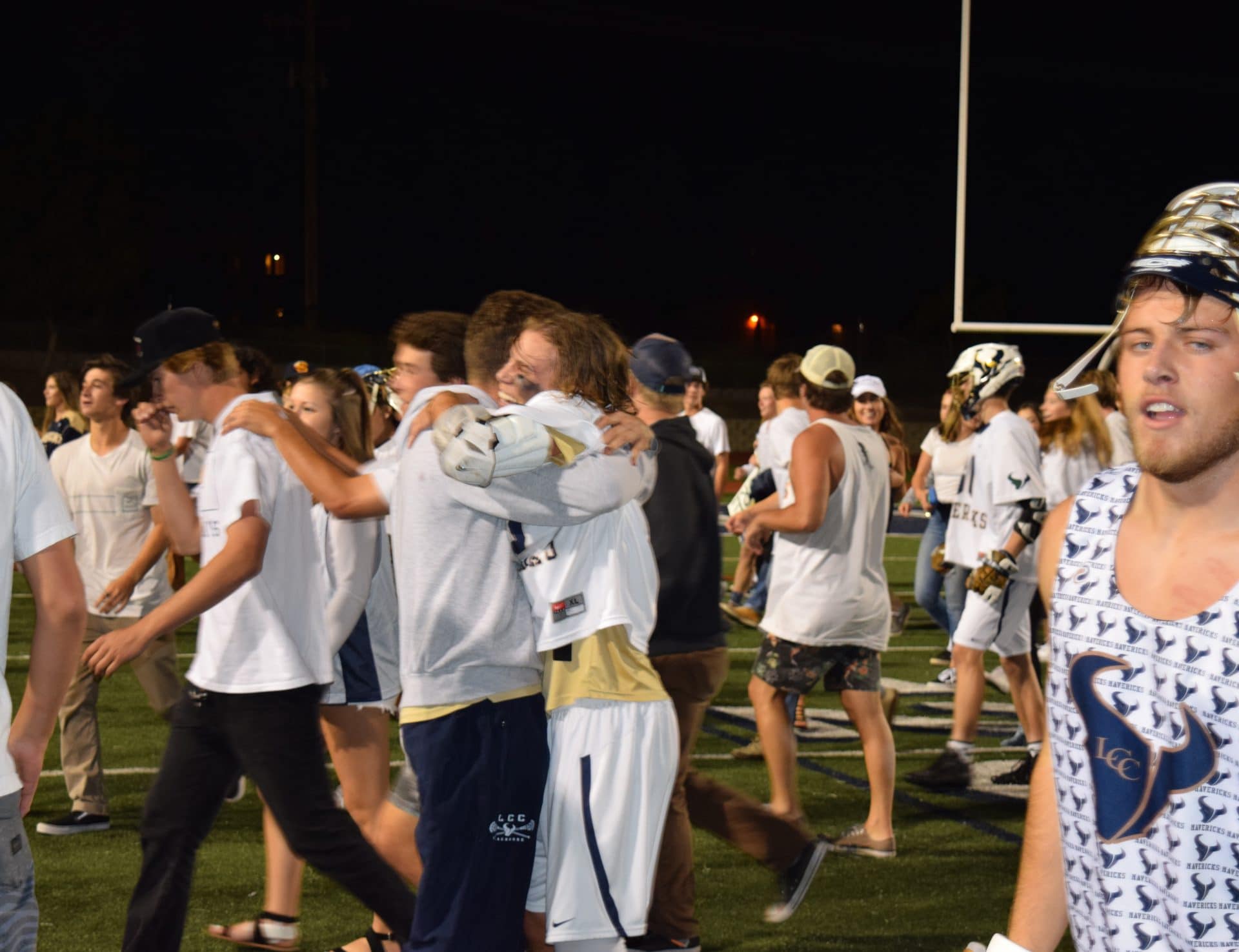 Coronado had a few opportunities to tie in the final minute, with Nicholas DeMaio (4g, 2a) narrowly missing on two late shots. With four seconds left, Coronado restarted off the end line and threw the ball desperately toward crease, but it did not connect. As the ball sailed toward the sideline, the Mavericks faithful stormed the field.

DeMaio had sparked the Coronado comeback early in the fourth quarter. With a defender assigned to shut him off and deny him the ball, DeMaio broke free to receive a pass, then drew a double-team. He re-dodged out of the double and toward the middle of the field and buried a shot across his body. Just minutes later, DeMaio again broke free from his defender and was able to free his hands and tie the game 8-8.

With momentum on its side, Coronado quickly captured the lead on a transition goal from Timothy Ferrar (1g, 1a).

Before the late Islanders rally, though, La Costa Canyon appeared to have the game under control. The Mavericks scored on the game’s first possession when Jack Keen (1g, 4a) scored off a pass from Parker Maclean (2g, 2a). Coronado quickly answered, striking back with two goals, including a nifty backhanded goal by DeMaio, but La Costa Canyon scored two more in the final minutes of the first quarter, including Beck’s goal with two seconds left.

After Coronado tied it 3-3 on the second quarter’s opening possession, turnovers crippled the Islanders and led to La Costa Canyon dominating possession. Fortunately for the Coronado, the six second-quarter turnovers resulted in only three Mavericks goals. Goalie Gormican kept the game within reach by making six second-quarter saves, sending La Costa Canyon into halftime with only a 6-3 lead.