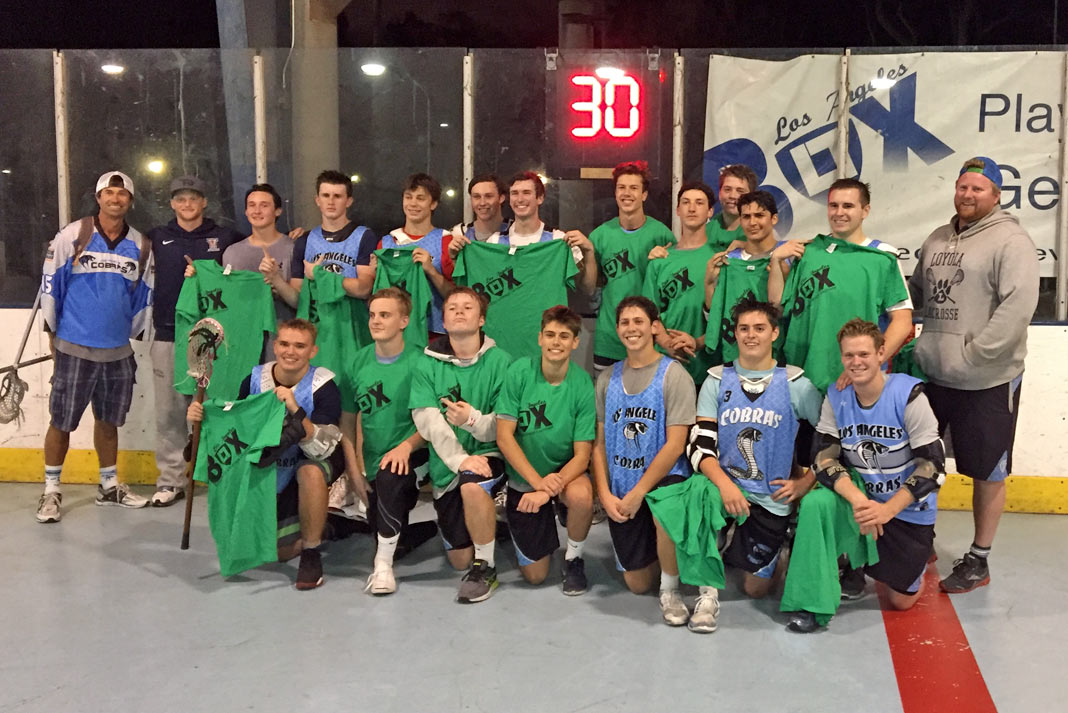 The L.A. Cobras, made up largely of players from Loyola HS, claimed both the varsity and JV championships Saturday in the finals of the LA Box Lacrosse League’s seventh season. It was the third title in four seasons for the varsity Cobras and second in the last three for the JV Cobras.

The LA Cobras beat Leverage Black, made up of players from St. John Bosco, 5-3 in a defensive battle highlighted by outstanding play from goalies Will Parducci (Cobras) and Kenji Mushaney (Leverage).

“If the league gave out MVPs,” said Chris Jewett, league director and Leverage coach, “Kenji and Parducci would have been co-MVPs for their goalie play.”

The Cobras defeated Leverage Grey in the semis to advance, while Leverage Black upset Factory in the other semifinal game. 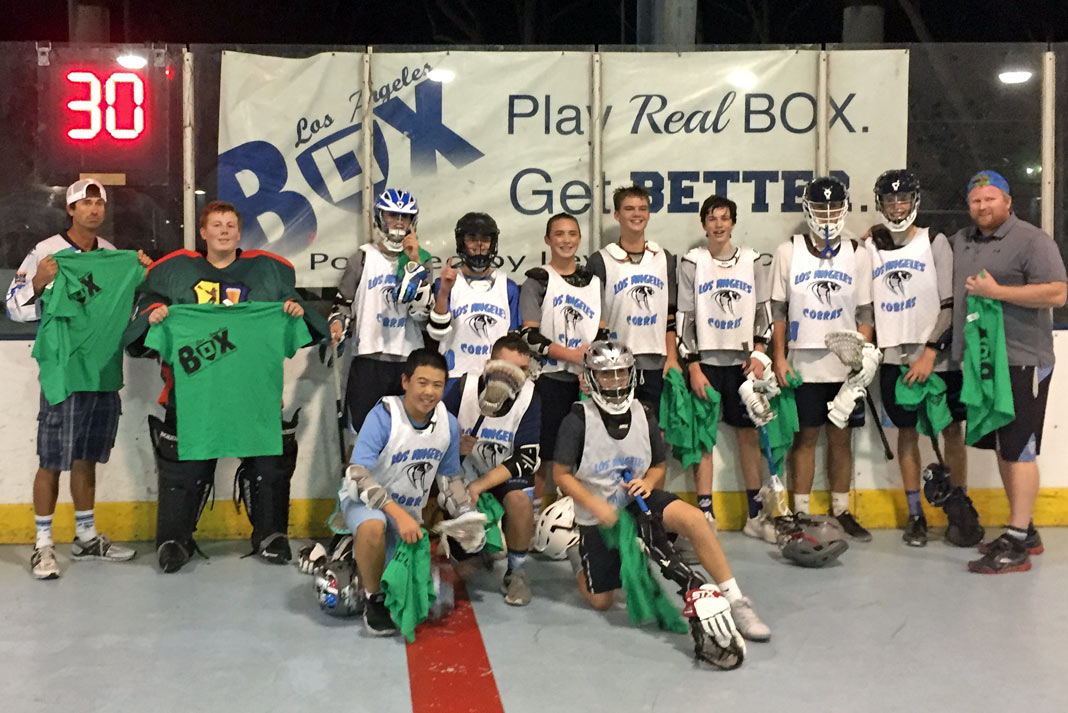 The LA Cobras upset Village 9-8 in an extremely exciting, up-and-down JV championship game. Village came into the game undefeated in the division, but the Cobras were able to pull off the upset behind great goaltending, some fantastic shooting and wonderful coaching.