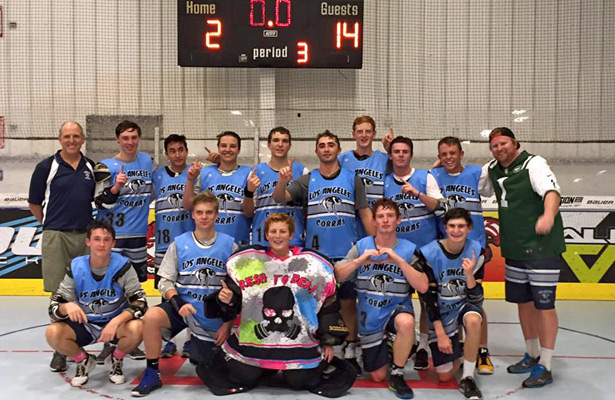 The L.A. Cobras swept through pool play, breezed through their first playoff game and ultimately beat Team West Coast 11-6 to finish undefeated and claim the elite division title in the Ninth Annual California Cup Box Lacrosse Tournament at The Rinks in Huntington Beach.

The Cobras, made up largely of players from Loyola HS and coached by Loyola assistant Brett Tietjen, outscored their three pool opponents by a combined 38-11. In the playoffs, they faced a scrappy West Ranch team that had given them their closest game in the pool-play round but came out strong, winning 12-2.

Aidan Hesse (Loyola) won more than 85 percent of his faceoffs, giving the Cobras a huge edge in every game.

The Cobras Elite are also the No. 1 seed in next week’s L.A. Box Lacrosse League playoffs, looking to defend last year’s championship.