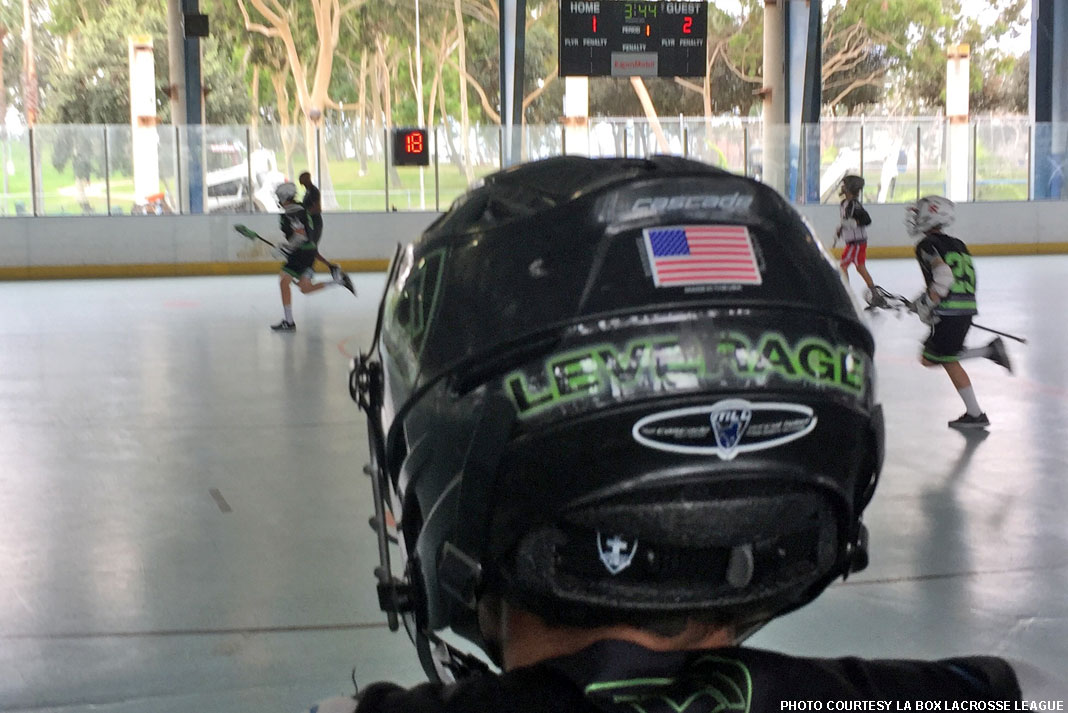 The seventh season of the LA Box Lacrosse League is under way, although in a slightly modified structure from recent seasons, director Chris Jewett said.

For one, the league is very small, due to limited rental time. This makes the LA Box Lacrosse League even better, Jewett noted, because of the very high caliber of teams and players in the league.

“Many of these boys have been playing this style of box for years in our league,” Jewett said, “so the games are extremely competitive and exciting to watch. We have some of the best programs in LA playing in the high school divisions.”

The youth divisions — Grades 5-6 and Grades 7-8 — include teams from Factory, Leverage, Trident and City Lax.

“We decided to make the 5th 6th games more developmental and allow for the Leverage coaches to be on the court during play, basically refereeing and coaching,” Jewett said. “This has helped tremendously with the boys’ overall box lacrosse IQ. We have noticed a difference in the 5th-6th players from just week one to week two.”

Jewett, who also coaches at St. John Bosco after previous tenures at Los Alamitos and Mira Costa, started the box league in 2010.

“It has been amazing for me to see the LA Box Lacrosse League go from an idea I had to a staple of Los Angeles fall lacrosse now,” he said. “We treat box as offseason training and a way for players to get better and have fun. I love the camaraderie among the players and coaches in this league. All the high school coaches would agree that playing real box in the LA Box Lacrosse League has made their players better and properly prepared them for the field.”

The LA Box Lacrosse League plays Saturdays (JV and varsity) and Sundays (youth) at Wilson Park in Torrance through Nov. 4, culminating in a championship weekend. More information can be found at LeverageLacrosse.com.