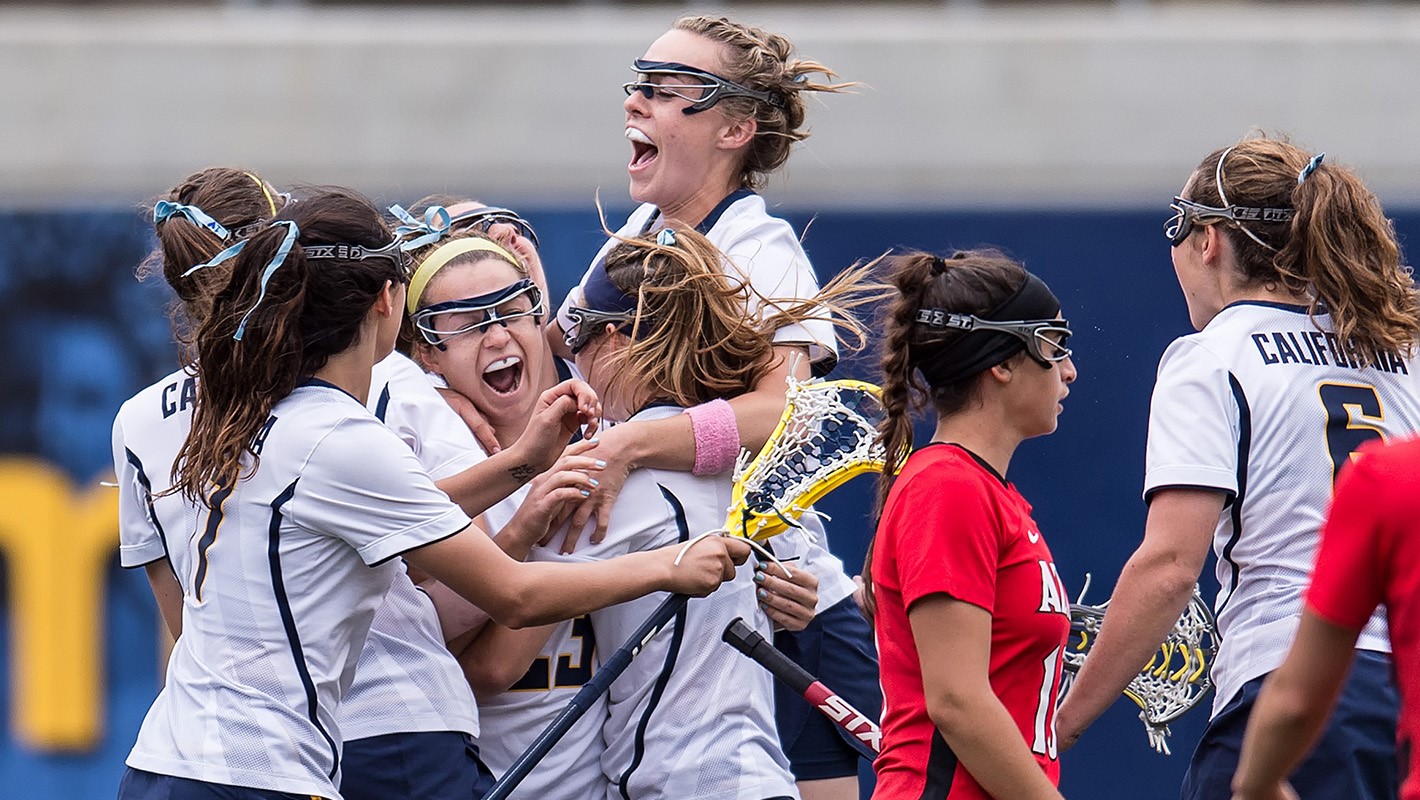 Ella Boyce (La Costa Canyon) and Marisa Kubera (Torrey Pines) were recently announced with the most recent University of California – Berkeley women’s lacrosse signing class.  Boyce, Kubera, and eight others signed National Letters of Intent to play for the Bears starting with the 2017/18 academic year.

Boyce, who serves as team captain for the Mavericks, has led her team to CIF and Avocado League Championships on two separate occasions.

Cal currently competes in the Mountain Pacific Sports Federation but will begin playing in the PAC-12 in the 2018 season when women’s lacrosse becomes a PAC-12 sport.

The full press release from Cal Women’s lacrosse is below.

“We are very excited to add these 10 talented student-athletes to our roster,” Eubanks said. “They will add a lot of depth, athleticism and personality to the team. This 2021 class is hard working on and off the field and will fit well into the current culture of the program.  We are excited to welcome them into the Cal lacrosse family.”

Boyce, who serves as team captain for her La Costa Canyon High School squad, has led her team to CIF and Avocado League Championships on two separate occasions.

Gordon, who comes from a family of Cal graduates, is a three-time First Team all-league selection, an All-America West Team member and a two-time West Bay Athletic League champion. She currently plays club lacrosse for BearLax.

Houser was selected for the Under Armor Underclass Games in 2015 and 2016. A 2016 US Lacrosse All-American, she has been selected First Team all-county three years in a row.

Like Houser, Ward is also a 2016 US Lacrosse All-American. In 2015 and 2016 she was tabbed First Team All-East Bay and all-league. At California High School, she was tabbed Rookie of the Year in 2014.

Campagna was named ISL All-League, All-Met honorable mention and won the Coaches Award in 2016. Her squad was league and tournament champions and finishing 7-0 in league play in 2016.

Levin played four years of varsity, lacrosse, field hockey and ice hockey at The Bryn Mawr School in Reisterstown, Md. She is a four-year winner of the Scholar Athlete Award which is given to students who participate in at least two varsity sports while maintaining Honor Roll status.

Smith was named the Heart and Soul MVP for lacrosse, as well as All-Met honorable mention. She is an eight-time scholar athlete and a three-time member of the all-academic Honor Roll.

Zaccaro is a three-time all-state and all-conference selection. A two-time team MVP and twice made the New Haven Register All-Area Team. She led her Lauralton Hall High School team to their best record in school history at 13-3 in 2015. They went 12-4 in 2016.