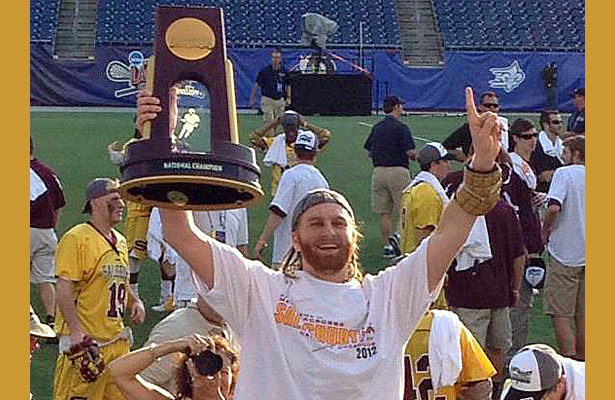 Former Tesoro High School defenseman Knute Kraus was recognized by Lacrosse Magazine for his NCAA Division 3 Player of the Year potential.   The magazine had this to say about Kraus who is now a senior at Salisbury University: “Kraus is one of the key returners from the Sea Gulls backline that manhandled most of their opponents last year, and he’ll be the building block for what will undoubtedly be another stingy group. Adroit at gobbling up ground balls as well as causing turnovers, Kraus will likely be tasked with squaring up with the opposition’s best offensive threat. With his size (6-foot-4, 205-pounds) and athleticism, the California Kid shouldn’t have much problem.”

Kraus had 46 groundballs, 21 caused turnovers, and 1 goal in 2014.  His honors included Capital Athletic Conference, All-Academic Team, ECAC Division III Mid-Atlantic All-Star Team, USILA Second Team All-American, All-CAC First Team.  He was named as a First Team pre-season All American this year, won a National Championship as a freshman, and made it to the National Championship in 2014.  Salisbury is ranked #3 entering 2015.