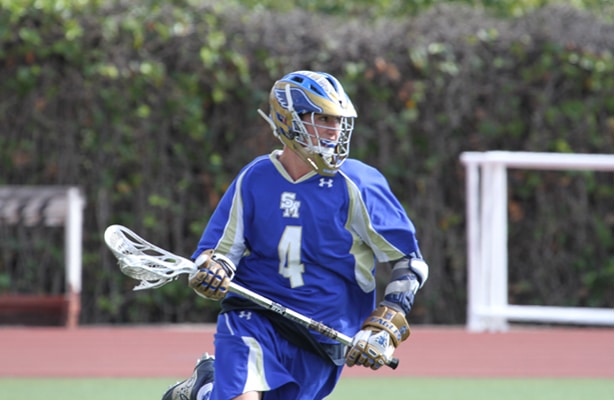 Santa Margarita Catholic High School senior attackman Andrew Kofoed has committed to play NCAA Division 2 college lacrosse for Notre Dame de Namur University in Belmont, California. Kofoed burst on the scene when he scored five points against Newport Harbor High School in his varsity debut as a sophomore in 2013.  He racked up 29 goals and two assists in 2014.   No doubt Argonauts head coach Kevin Arabejo was attracted as much to Kofoed’s 4.0 gpa as his finishing skills on the crease and dodging talents.

Coach Adam Guy sees a bright future for Kofoed “Andrew has been a huge part of the SM program these last few years. He is a hard worker, has great dodging abilities and very good shooting mechanics which I think will help him transition to the college game. I am very excited for him to be playing at NDNU and can’t wait to follow his lacrosse career after high school.”