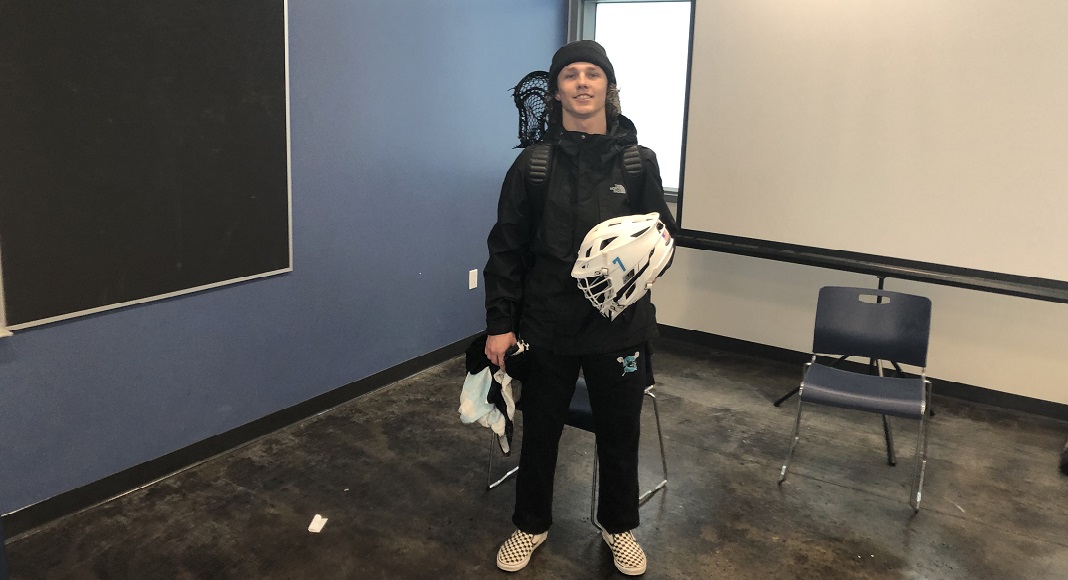 With six seconds left in regulation and the score tied at 6-6, it looked as if overtime was on the horizon between Santiago and Newport Harbor.  Nevertheless, Santiago had possession and coach Keith Parr had just called a time out, looking to draw up a potential game-winning play.

Those six seconds proved to be enough for Sharks, as Aidan Koenig made his only goal of the game the one that mattered most. Koenig’s game-winning goal as time expired helped earn Santiago a hard-fought 7-6 win over the host Sailors in Saturday’s OC Invitational tilt.

“We obviously had a tough game Wednesday against Oak Park. We played really flat in that game, so we talked about it, we moved forward and I saw a team today that never gave up on each other and actually believed in each others’ brothers,” Parr said.

It was a tightly contested game, played in rainy and windy conditions.  The teams stayed neck and neck throughout, trading leads, and never allowing more than two goals of separation. The Sailors took a 4-3 lead into the intermission.

The Sharks shut out the Sailors through most of the second half while coming back to take a 6-4 lead.  The Sailors ended their scoring drought at the 7:48 mark of the fourth quarter, but still found themselves down 6-5. Rhett Farmer scored the equalizer for the Sailors with 2:13 left to play.

The Sharks eventually got the ball after they and the Sailors turned it over on back-to-back possessions. Santiago held the ball last and Parr called the mother of all timeouts with six seconds left.

Koenig found the back of the net and the Sharks stormed the field, dogpiling on Koenig while the Sailors looked on in disbelief knowing that they let one get away.

“It was like a heavyweight boxing match. Coach [Mark] Todd and I always go back and forth and we knew it was going to be a close game,” Parr said. “This is huge for us. We actually needed this to build upon this.”

Ryan Richardson led the Sharks with three goals while Koenig, Tate Giles, George Grove and Brandon Cervantez each had one goal. Bradley Cutter made six saves for the Sharks, with a couple coming from point-blank range.

“Our defense is amazing. They pressure our offense all day in practice and that’s what makes us better.” Koenig said.

For the Sailors, Farmer led the way with four goals while Aidan Goltz and Jackson Sawall each had one apiece. Garrett Rovazzini had 12 saves.

Both teams return to action on Tuesday. The Sharks (2-1) play Foothill (No.2 in OC) while the Sailors (1-2) play reigning county champion St.Margaret’s (No.1 in OC).