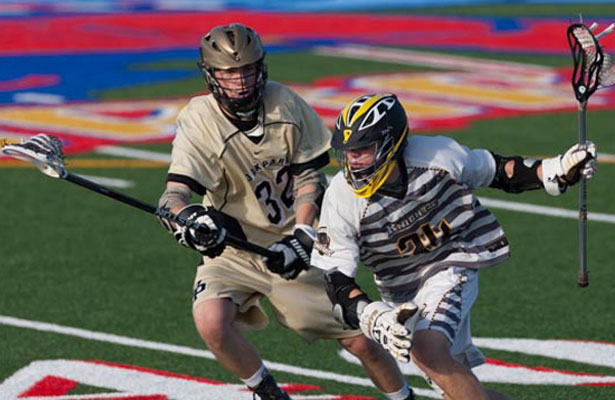 The Knights challenge is an opening season round robin event that includes the top teams in the southern section. This years teams include: Saint Margarets, Oak Park, Tesoro, Los Alamitos, Foothill, & Loyola.  The teams play 3 games in the first week and have option of 4th game following.  The event has been a great way to build synergy with the High school programs and launch the CIF season with some excitement.
The Knights challenge originally held all rounds at the Tustin High school stadium, but with the stadium closed for renovation two years ago the event began to use multiple venues, and now Los Al has become the standard opening site location.  “Next year I think we’ll change the event name reflect the wider involvement we have in running the event.  We now have spread out the game sites to allow for some additional home games for teams and some reduced travel for the LA teams.” – Jon Fox Foothill Knights
“My players are very excited to kick off the CIF season again this year in the Knights Challenge. Year after year, this tournament always has many of the top teams in the OC and LA. As a coach, I love to face top talent early in the season to see how we match up, what we need to work on and which players are going to step up. The Los Alamitos lacrosse program is looking forward to another exciting and very competitive Knights Challenge!” – Chris Jewett, Head Coach Los Alamitos HS