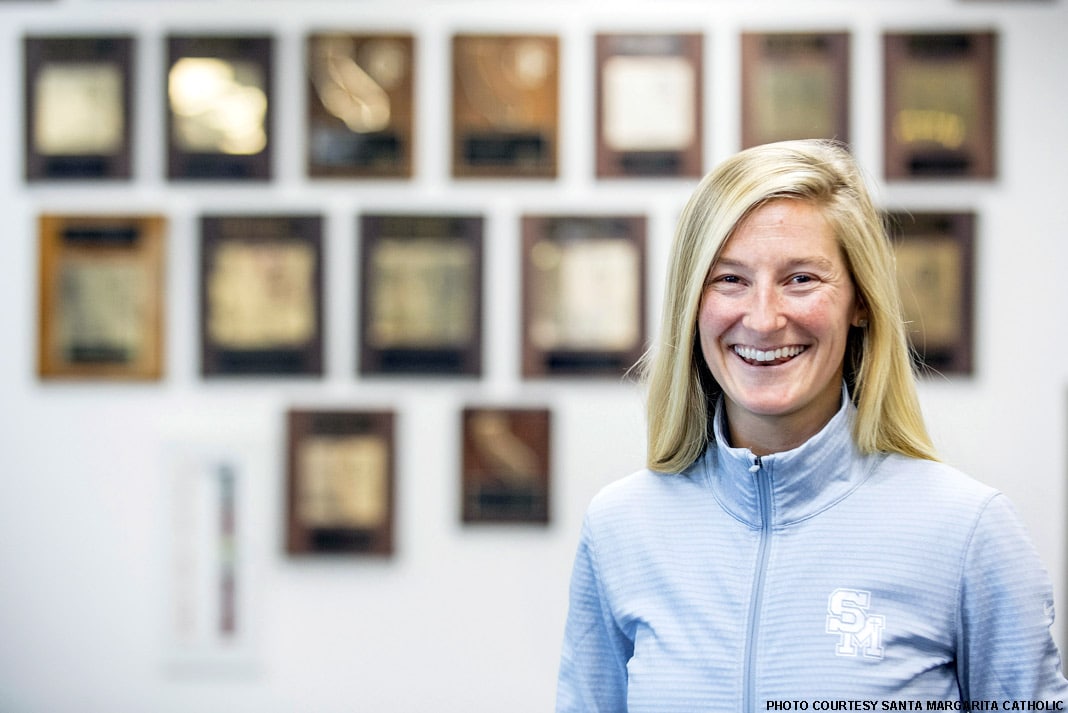 Press Release
Santa Margarita Catholic High School is pleased to announce the hiring of Kirstyn Atkinson as the head varsity girls lacrosse coach. Atkinson has an extensive lacrosse resume. As a player at Northwestern University, she was a three-time NCAA Champion, a two-time Academic All-Big Ten student-athlete, and named Academic All-ALC. In addition to lacrosse, Atkinson also played and started on the Northwestern soccer team for two seasons.

As a coach, Atkinson has been an assistant for Drexel University and the U.S. Naval Academy. In the private sector, Atkinson has worked as an event sales specialist for Adrenaline Lacrosse in San Diego where she helped create new revenue growth opportunities for girls’ lacrosse.

In 2015, Atkinson was hired as the Director of Lacrosse Operations for the University of Southern California where she was responsible for logistical and financial operations, managed the program’s budget, served as the game administrator and was the facility coordinator for all lacrosse events. While at USC, she was also the head coach and director of the Trojan Select Lacrosse Club where she oversaw summer camps, as well as organize practice plans for middle and high school teams.

Most recently, Coach Atkinson has been the head girls’ varsity lacrosse coach and middle school athletic director for Oaks Christian out of Westlake Village, CA.

“I’m looking forward to being a part of the dynamic community at Santa Margarita Catholic High School. From the moment I first stepped on campus, I have absolutely loved the energy and excitement people have for athletics at SMCHS,” Atkinson said. “The most exciting part for me is getting to know the student-athletes and families in our program. I love to share my passion for lacrosse and aspire to make that spread contagiously throughout the girls in our program.”

Athletic Director Rich Schaaf is excited to see Atkinson coach and share her passion for excellence with the student-athletes. “Coach Atkinson brings a tremendous amount of experience and leadership to our Eagle family.”

Coach Atkinson went to McDonogh School in Baltimore, Maryland where she was a three-sport varsity letterman in soccer, indoor track, and lacrosse.