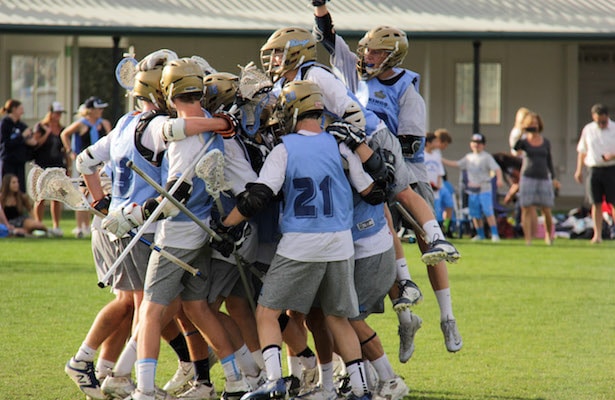 Kings Gold defeated Crusaders Black 10-5 to advance to the Sandstorm Elite Division Finals for the second straight year. Senior Max Kline was on fire striking the first two goals of the game, one with assist by Noah Howe. Senior Niño Chavez then continued his hot hands scoring the third followed by Stephen Von Der Ahe on a 2 minute un-releasable man-up opportunity.
Prior to half, Kline scored 2 more for a 6-2 halftime tally. Nate Neuman hit the net fast in the second with an assist from Kline. Sherwin Gersten found his stride next followed by yet another from Kline. The game became increasing chippy with kings going 2 down and an ejection for Cathedral. Chavez finished off the Kings scoring with another assist from Kline.