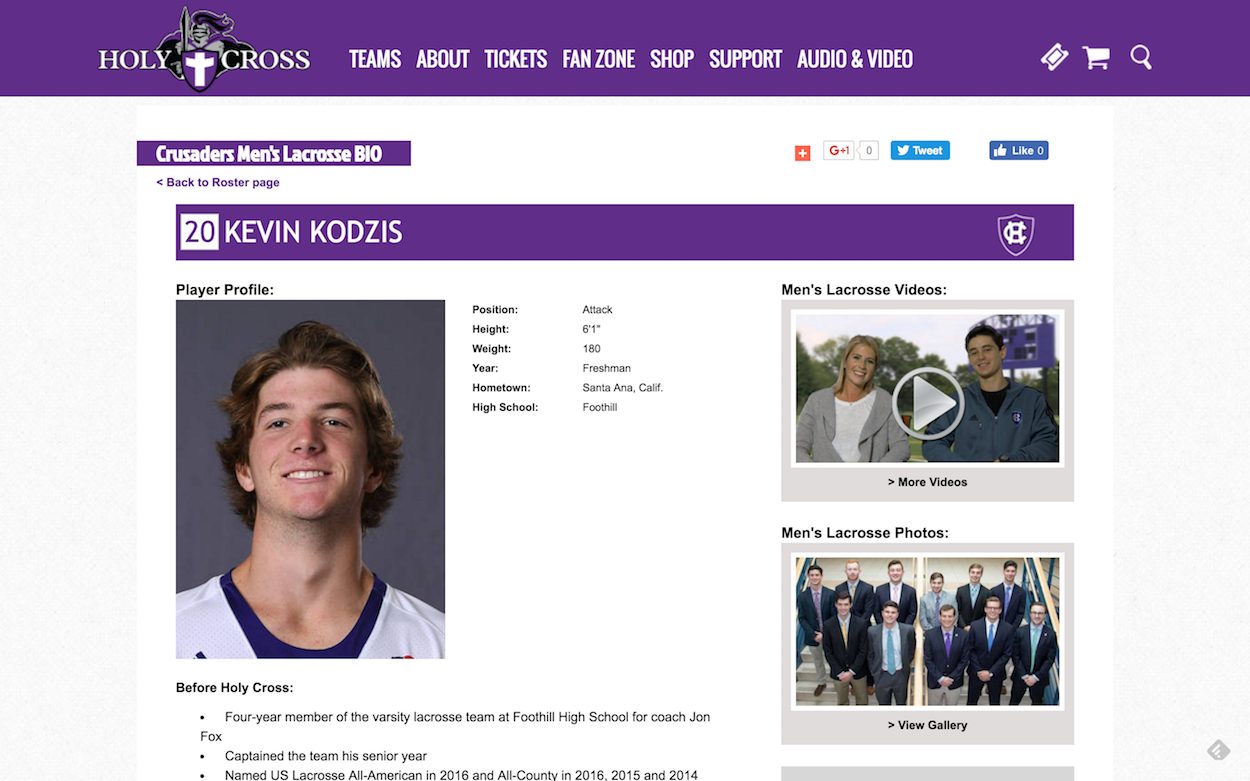 Former Foothill attack Kevin Kodzis is one of 11 freshmen to be added to the Holy Cross men’s lacrosse roster for the 2016/17 academic year. Kodzis will wear no. 20 for the Crusaders. He is the only Californian in a class that also includes players from Massachusetts, Connecticut, New Jersey, Maryland and New York.

Kodzis earned four varsity letters at Foothill and was a three-time All County selection. He captained the Knights in 2016 and finished his career with 186 career points. He also was an All American his senior year and played on the Under Armour West Team in 2015.  Kodzis joins senior Jack Ortlieb (Corona del Mar) on the Crusaders’ roster. Ortlieb tallied 10 points in 12 games for the Crusaders last season.