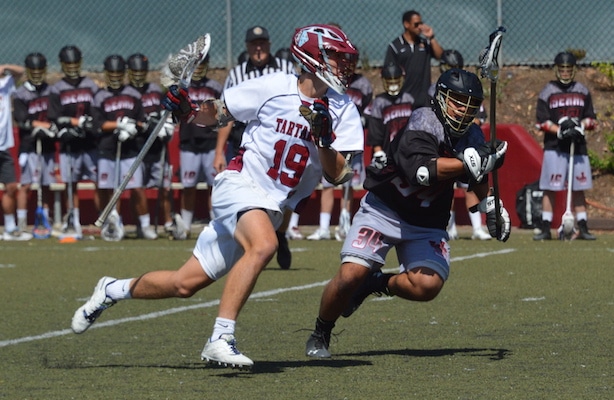 Kevin Cox (St. Margaret’s) was one of 18 freshmen added to the Air Force Academy men’s lacrosse roster for the 2016-2017 season. The freshman class represents 11 states from across the U.S., including four Colorado natives.  Cox is the only Californian amongst the lacrosse freshman.

The announcement was made by Head Falcon lacrosse coach Eric Seremet.

“We are excited to welcome the class of 2020 to the Air Force Academy,” explained coach Seremet. “This is a well-rounded group that should hit the ground running as a class.”

“They have the potential to push our returning players at every position which should make for an exciting fall season. We are looking forward to working with our new additions this season.”

Air Force competes in the Southern Conference with Bellarmine, Furman, High Point, Jacksonville, Mercer, Richmond and VMI. The Falcons finished 2016 with a 15-3 record, a SoCon championship and a no. 12 national ranking. They were defeated by Notre Dame in the first round of the NCAA playoffs.