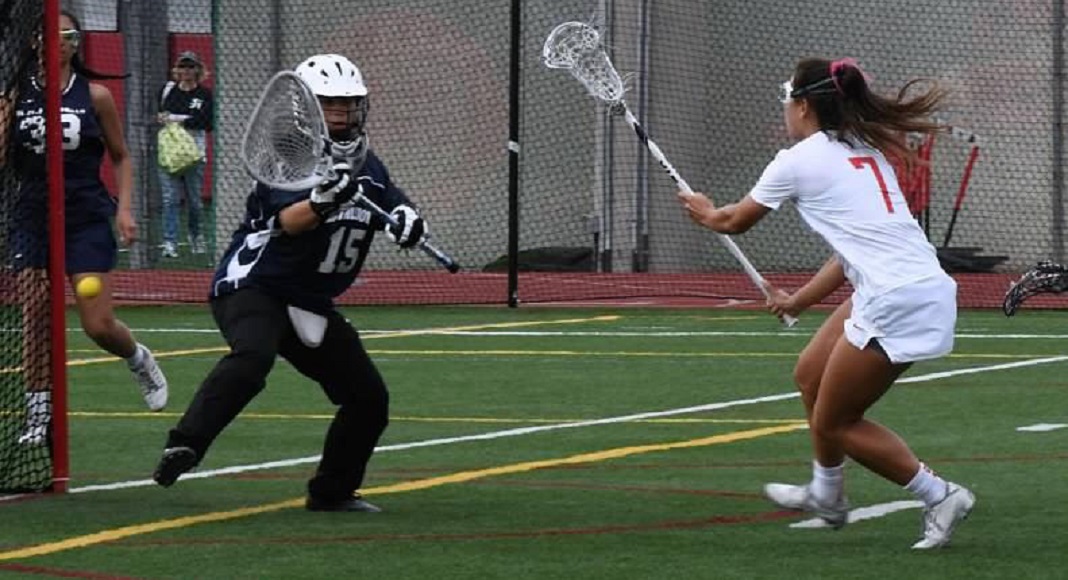 Mater Dei senior Tess Keiser was named the recipient of the 2019 Jackie Pitts Award last week.  The Jackie Pitts award recognizes a graduating senior in each chapter who truly honors the game of lacrosse, is invested in the development of the game in her community, is an exceptional player who continually strives to improve her game, and is an exemplary member of her team.

If you know Keiser and you know the type of person the JPA is supposed to honor, it’s not hard to connect the dots.  The two-time Monarchs captain checks all the boxes.

“Tess is the player that every coach wishes they have the opportunity to coach. She has worked, sacrificed, and competed to get to where she is. It has been an honor and privilege to coach such an outstanding young female student-athlete and I have no doubt in my mind she will do big things in her future,” Monarchs coach Chloe Silance said via email.

The do-it-all senior leaves Mater Dei with some pretty impressive stats; she ranked in the top three on the team in points, draw wins and groundballs. Those numbers alone mean she will be missed next year, but it’s Keiser’s spirit and drive that will be the hardest to replace.

Keiser played with such intensity it would be tempting to think the she left all on the field, as the cliche goes, every game.  But then she would still have so much to give off the field.

“It has been a great four years of growing the game and building our program at Mater Dei. In the last couple years I have spent countless school nights helping my coaches out at all the 8th grade information nights trying to get different athletes to join girls lacrosse. Many days, I would stay after practice to put in extra work with my teammates. Sometimes I was even able to convince them to come along with me and train at Athletes Choice,” Keiser said via email.

Keiser also coached for ACES’ Silver team last fall and will continue to do so in the summer. She also got to help out with coaching several Legacy lacrosse camps and clinics and will help run drills at National Team Tryout this year.

“Tess embodies the competitive spirit of lacrosse and what it means to be a relentless worker with a desire to always get better. Tess never fails to ask what she can do to improve immediately following a game,” Silance said. “She comes early to practice to get extra stick work in and will stay after practice to work on draw controls or one-handed grabs out of the air. Tess is the athlete who asks for harder workout packets or additional drills she can do on her own to improve each and every day.”

Keiser’s thank yous ranged from her parents, to her coaches and to her teammates.

“Playing lacrosse has taught me discipline, goal setting and achieving, and what hard work looks like. It has become more than just a sport for me but a lifestyle,” Keiser said. “I have met so many like-minded athletes and coaches who have pushed me to be better. Having role models and watching top players at collegiate and professional levels has inspired me to improve my game.”

According to Silance, Keiser, who also has a 4.3 grade point average, will also be enrolled at Barrett’s Honors College at ASU – a community of high achieving scholars.

“The hard work that Tess puts in every day is apparent when she steps out on the field. She can immediately change the pace and tone of the game,” Silance said. “The one thing that really stands out about Tess is that she does everything without expecting or even wanting any recognition. She does it for her pure love of the game and her determination to be the best she can be. Her leadership and dedication has been recognized by teammates as she was voted captain both her junior and senior year.”

Keiser’s advice to other lacrosse players is to enjoy what you do find ways to get better such as do extra reps.

“Constantly look for ways to be better, push yourself, and push your teammates. To me, that is how you grow the game. Improve yourself daily, and inspire your teammates to improve as well,” Keiser said. “And remember, hard work is always worth it. What you put into something will bring back so much more in return.”