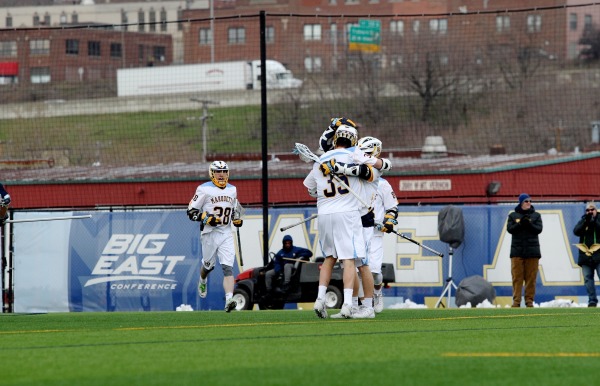 Attack Keenan Moffitt of Arapahoe was among 22 incoming freshmen joining the Marquette men’s lacrosse roster in an announcement issued Wednesday. The large class with help offset the loss of 19 members of the program’s first four-year class. Moffit is the only Coloradan on the approximately 50-man roster.

“We are excited to welcome a large group of student-athletes to campus,” Marquette head coach Joe Amplo said in the release. “This contingent of young men come from very diverse backgrounds and are entering the Marquette Community at a great time.”

Marquette is entering its fifth seasons of NCAA Division 1 lacrosse.  The Golden Eagles compete in the Big East with Denver, Providence, Georgetown, St. John’s and Villlanova. They return seven starters from the first NCAA tournament team in program history, including USILA All-American Ryan McNamara and All-BIG EAST goalie Cole Blazer. Marquette ended the 2016 campaign No. 11 in the USILA Coaches Poll and captured its first BIG EAST Championship over then-No. 1 Denver on its way to a record 11 victories.

Here is how Marquette described Moffitt in the official release:

Prior to Marquette: Four-year varsity letter winner at Arapahoe High School … Led the Warriors to a conference championship in 2016 and a state runner-up finish … Earned Adrenaline All-America and first team all-state honors as a senior.

Personal: Born in Aurora, Colorado … Son of Kevin and Kim Moffitt … Has two siblings, Kyle and Abigail … Plans to major in communications.