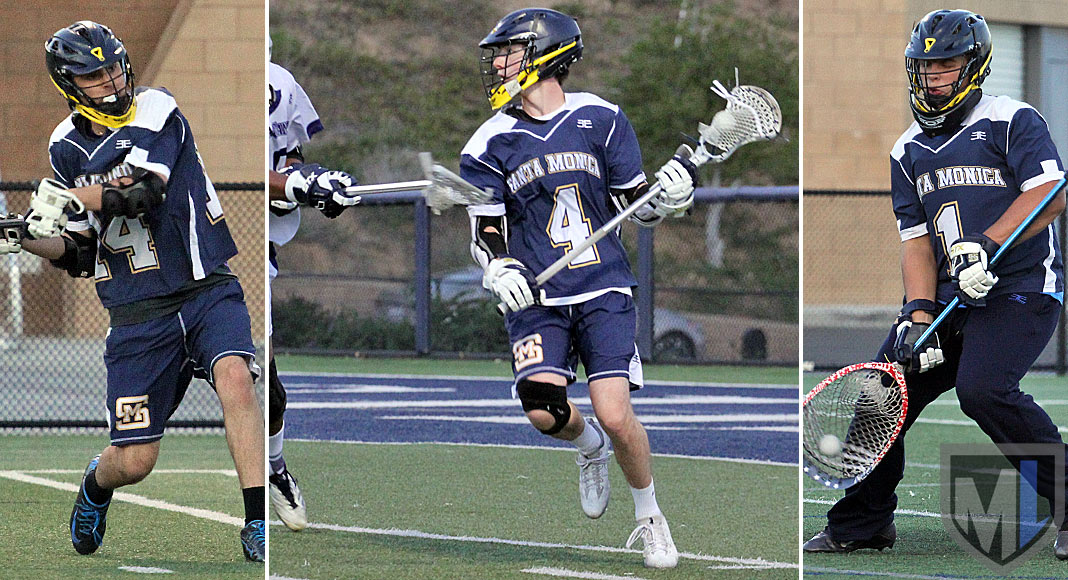 Junior attack Joseph Kean, who led Santa Monica in points and assists despite missing four games to injury, was named Most Valuable Player on the 2018 All-Ocean League team. He is one of seven members of the league-champion Vikings to be honored by the league’s coaches.

Santa Monica finished 12-8 overall and 7-1 in Ocean League play this season, winning their second consecutive league title. The Vikings shared the title with El Segundo in 2017.

This year, behind Kean, Co-Offensive Player of the Year Griffin James and the Co-Defensive Player of the Year goalie tandem of junior Tyson Zecher and freshman Evan Miner, SaMo suffered only a 6-4 loss at El Segundo in league. The Vikings earned a spot in the US Lacrosse Postseason Championship Tournament where they lost to eventual section champion Loyola in the first round.

SaMo head coach Ben Keiser was named the league’s Coach of the Year for the second consecutive season.

El Segundo junior attack Lukas Roscoe was named Co-Offensive Player of the Year alongside SaMo’s James. Roscoe was one of seven Eagles named to the 2018-All-Ocean League teams.

In all, 20 of the 27 players honored are underclassmen.