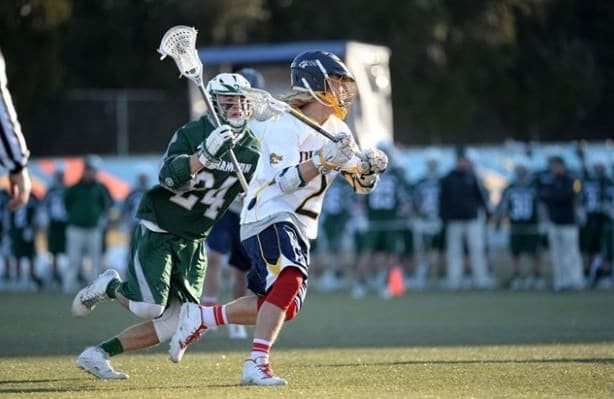 Cathedral Catholic alum Michael Kay and Poway alum Jake O’Donnell have earned spots on the 2015 USA Junior Indoor team. The two Drexel University teammates were on the 27-man roster that was announced in August.

The team will compete in the 2015 U19 Indoor Lacrosse Challenge in Six Nations, Ontario Canada this September. The U.S opens the Challenge with a game against the Czech Republic on Sept. 11.

Kay was named to the Colonial Athletic Association All-Rookie Team a year ago, scoring six goals and 10 assists in his first season. O’Donnell played in 10 games a year ago and had a goal and two assists.

“The chance to represent the USA at this elite level is the ultimate honor in lacrosse,”  said USIL President and GM Graham D’Alvia. “I am honored and look forward to the further development of this team as we represent our great country in this sport, both on and off the turf.”