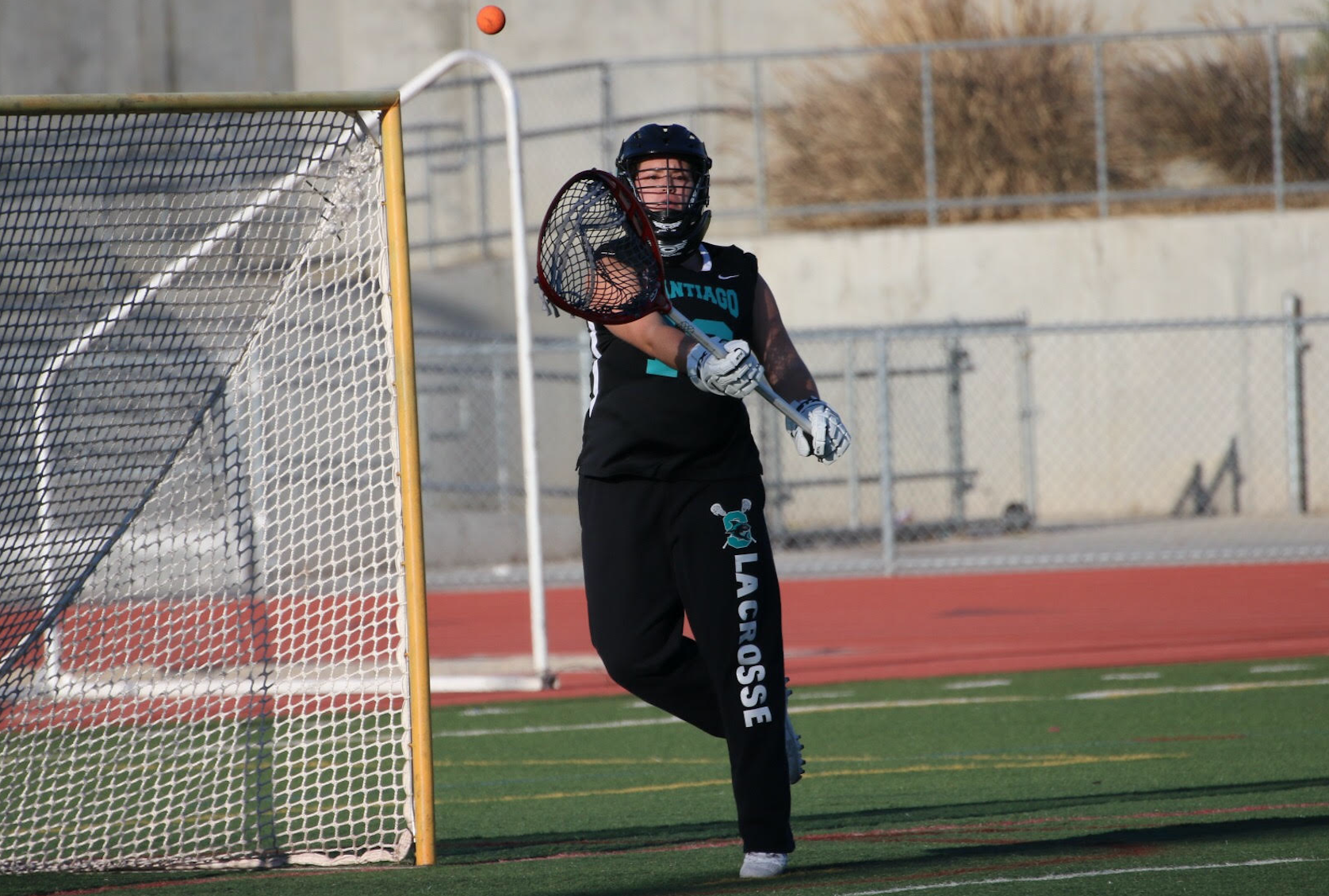 “I think the commitment process has been an amazing experience for me,” Burr said. “I am just really fortunate that my parents were able to get me onto all the amazing teams that I’ve been on, because I think having all these different coaches who all teach differently is what made me as good as I am.”

It was a tough decision for Burr to choose between Loras College and St. Ambrose University, as the St. Ambrose coach had a recruiting eye on her since he began looking at her older brother Todd Burr, who also was a standout at Santiago. In the end, she went with Loras College because it was a better fit for her personality, and she enjoyed the team’s camaraderie during her tour of the campus.

Katie Burr has certainly come a long way in her athletic career, as she initially had no interest in lacrosse when her parents introduced her to the sport in the sixth grade. However, she wound up falling in love with it and become Santiago’s four-year varsity starting goalie.

Burr began playing under Brian Eisenberg at North Orange Country Lacrosse (NOC) and OC United and has spent the last two years playing for Joe Brown with the Pacific Falcons out of the San Diego-Mira Mesa area. She also has spent a summer learning from the best by attending 2011 D-III National Goalie of the Year Johnny Rodriguez‘s Buku Lacrosse clinic.

Now, the 5-foot-8 senior is hoping she can lead the Santiago Sharks to the playoffs in her final season. The team was very close to making it last year. Burr also said she still wants to polish up her game a bit more ahead of playing at the next level to further define her legacy at Santiago.

“I want to get better, because there is always room for improvement, and I know I will never be the best player ever, and I’m fine with that,” Burr said. “But I know I can improve and get closer with my teammates and help them get better so that they can carry on next year.”

Outside of playing lacrosse, Burr is interested in majoring in biochemistry, neuroscience or any other health science.