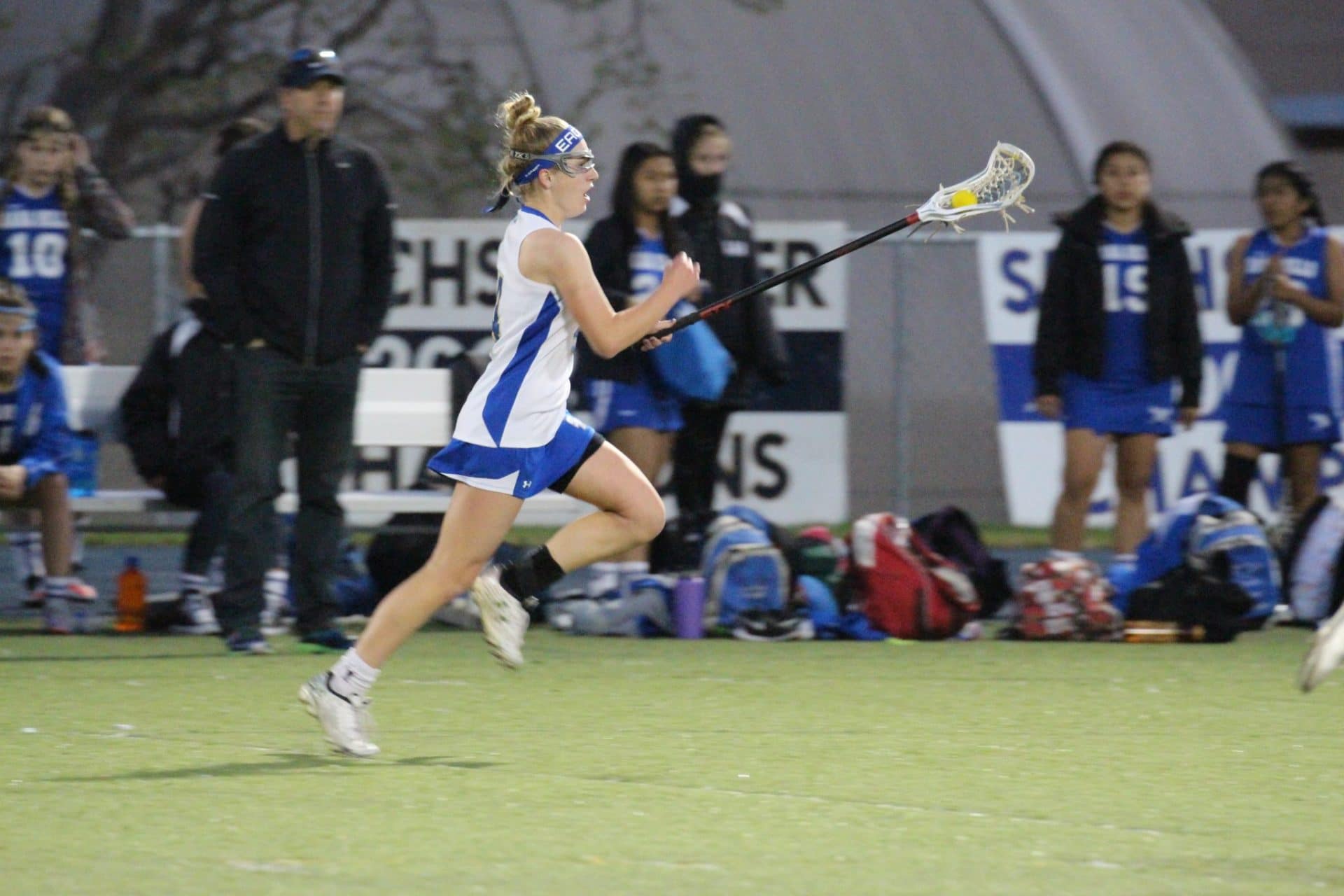 Santa Margarita sophomore Katelyn Murphy has verbally committed to play NCAA Division 1 lacrosse at San Diego State. Murphy finished her freshman season with 46 points (36 goals and 10 assists) and 33 groundballs. She also played for the Under Armour West Command team this summer. Murphy is the third Orange County player  to commit to San Diego State this year. Cailin Young (St. Margaret’s) and Lauren Kilger (Foothill) committed to the Aztecs this summer.

Perhaps nobody is more excited about Murphy’s success than her high school coach Bob Mezeul.  “We could not be more pleased with Katelyn’s offer and decision to attend SDSU”, Mezeul said by email. “No doubt Coach White recognizes the talent, enthusiasm, and limitless potential that Katelyn will bring to her program. As a freshman at SM, Katelyn proved to be a strong impact varsity player and remarkable all-around student-athlete. We’re very excited knowing we have her for three more seasons at SM!”

Murphy took a few minutes to chat with MaxLaxOC.com about her commitment.

MaxLaxOC.Com: What attracted you to San Diego State?
KM: Definitely the environment that is created from the coaches personalities and the way that everybody involved has fun with the sport they love. Also, the campus is beautiful and it doesn’t get much better than San Diego!

MaxLaxOC.com:What are your personal and team goals in your remaining high school seasons?
KM: In the next three high school seasons, I hope by my senior year we can win a championship. With our team getting stronger and stronger each year, it is going to be great to see what we can do the next few seasons and I want to do everything I can to help get us there.

MaxLaxOC.com: Anybody you would like to thank?
KM: I’d like to thank my first coach Jackie Gleason for introducing me to the sport for the first time and bringing the program to my school when I was in second grade. My parents were a big part of this for me as well, supporting me from the first time that I told them I wanted to play at a division 1 lacrosse program. Also, I don’t know how I would do this without my club coaches Rebecca Kingsbury and Kaitlin Doucette and my high school coach Bob Mezeul for helping me become the person and player that I am now.