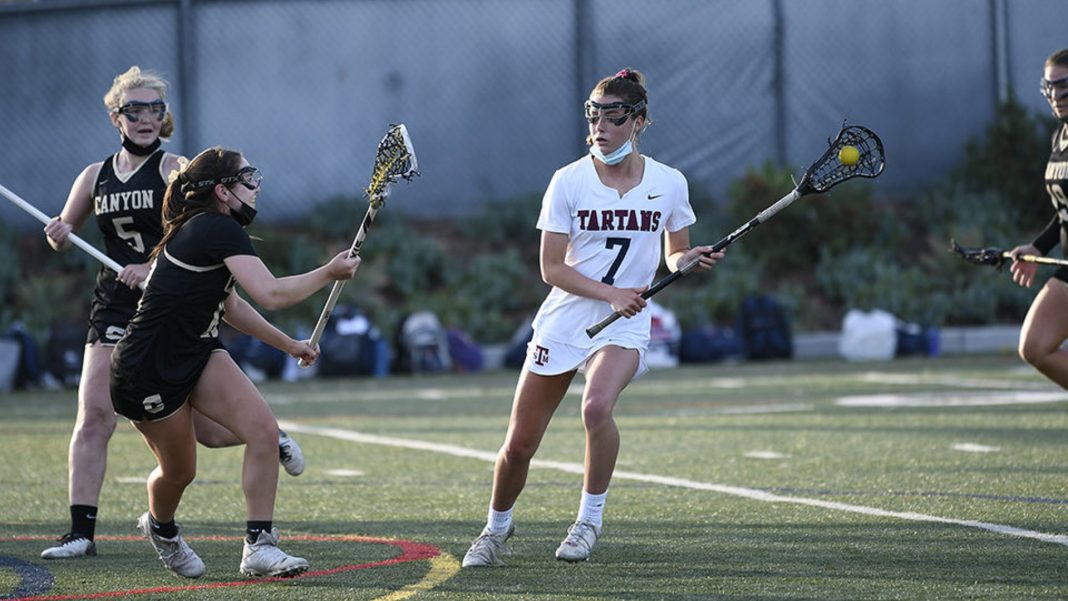 “From the moment I met Coach [Janine] Tucker at a camp, I knew she, along with the rest of the coaching staff, the team culture, and the academic rigor of Hopkins would help me develop into the best version of my future self, both on and off the field. And when I was presented with the opportunity to verbally commit, the coaches made me feel like I was already part of the family,” Karstetter said.

Karstetter will be reuniting with former St. Margaret’s standout Campbell Case (class of 2020). Karstetter said that she and Case were close when the two were on the same team.

“Campbell was one of my best friends in high school and I always looked up to her both as a player and person. During the time we were able to play together she taught me so much about myself; she continued to challenge me to take my game to the next level while making me a more well-rounded player.  I am beyond excited and grateful to reunite with her on and off the field and have another opportunity to play the game we both love,” Karstetter. said about Case.

“Just compared to last year, Grace has really stepped into a leadership role on the field. She is patient with the players around her but keeps up the intensity throughout practice and games. Grace is a smart player and distributes the ball really well. She is unselfish which I think, makes her even better of a player. Obviously being a top player in OC, she gets some of the toughest defenders matched up on her. She is able to handle the pressure and still direct the offense while keeping her head up and seeing the entire field. That in itself speaks volumes of what type of player she is,” Stevens said.

“Grace Karstetter is an intense competitor.  She hates to lose, and that is what has propelled her to such success on the field.  She battles defensively with physical positioning, and she’s crafty and skilled offensively using both right and left hands to execute around the cage.  What many people don’t see is all the effort Grace invests behind the scenes to improve her game. I am so excited to see her commitment to play at the next level.  She is a role model for other Orange County players who want to play big-time lacrosse,” Reilly said.

“I’d like to thank Nick Tintle for constantly pushing me to improve my game and take it to the next level, for never giving up on me even if I wasn’t confident in myself, and for investing in developing my mental fortitude. I’d also like to thank my very first lacrosse coach, Holly Reilly, for igniting my love and passion for the game, for challenging me to be the best player I could be while remembering to be respectful, honorable, and a leader. I am very grateful for the Sky Walkers lacrosse club for taking a chance on a kid from California, and developing and supporting me as I assimilated to the East Coast game. And finally, I’d like to thank my parents for encouraging me to pick up lacrosse when I was in third-grade when I thought I would never play anything but club soccer, and for all the time, effort, and money they invested to help me pursue my dreams. I wouldn’t be where I am without them and am beyond thankful for them as my constant support system, believing in me when I didn’t believe in myself, providing me with all the opportunities to help me be as successful as I could, and teaching me everything along the way about what it meant to be a good teammate, player, and person,” Karstetter said.

This year, Johns Hopkins went 8-7 overall and 7-5 in Big 10 play. The Blue Jays lost in the first round of the NCAA Tournament to James Madison 9-6 at Chapel Hill, NC.