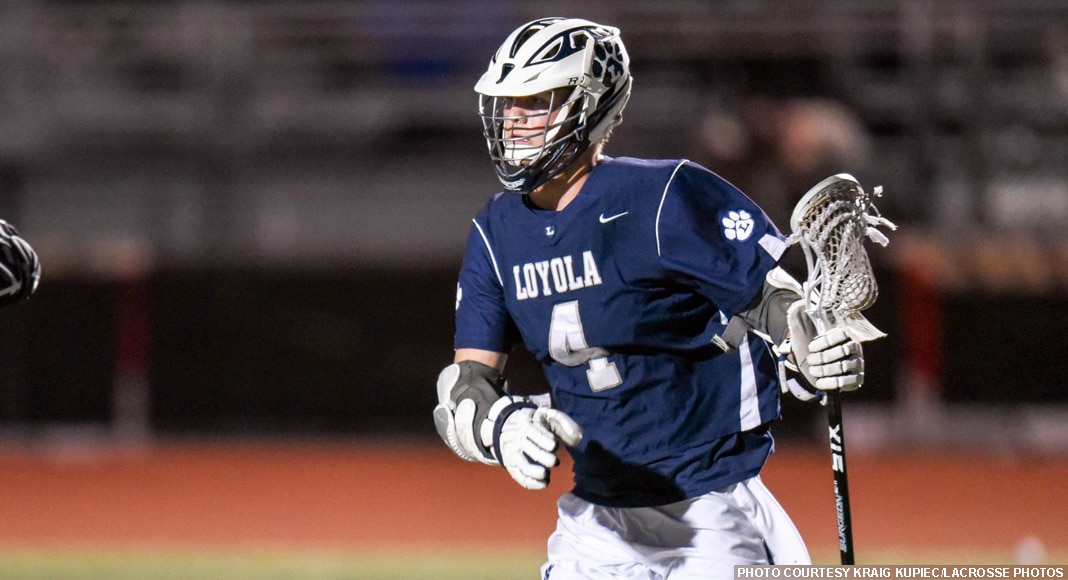 Junior attack Kaiser Fry scored eight goals and preseason No. 1 Loyola rode a quick, three-goal burst in the second quarter to an 11-7 win over Great Oak at Foothill HS on Saturday.

The Cubs improved to 2-2 on the season, with both losses by one goal to regionally ranked opponents St. Ignatius (San Francisco) and Foothill. Great Oak (2-1) lost for the first time.

Fry scored twice in the first quarter to give Loyola the lead, the first on a man-down fast break assist from sophomore Shane McAusland. But Great Oak stayed close and was even tied with the Cubs 3-3 late in the second period.

Loyola scored four unanswered goals before halftime, including three in less than a minute, to take a 7-3 lead into the break. Henry Hasenberg started the run with a goal at the 4:06 mark. On the next possession, Fry dodged from X and scored with 3:17 left in the half, and face-off specialist Aidan Hesse won the ensuing draw and scored himself at 3:12. Fry’s fourth goal with 55 seconds left made it 7-3.

Fry then tacked on three more in the third period and another in the fourth to extend the Cubs’ lead to 11-5. Great Oak scored twice in the last two minutes for the final margin. From the description on the @LoyolaLax Twitter feed, six of Fry’s goals were unassisted, and McAusland had the helpers in transition on the other two.