Justin Cheng is the Defensive Player of the Week 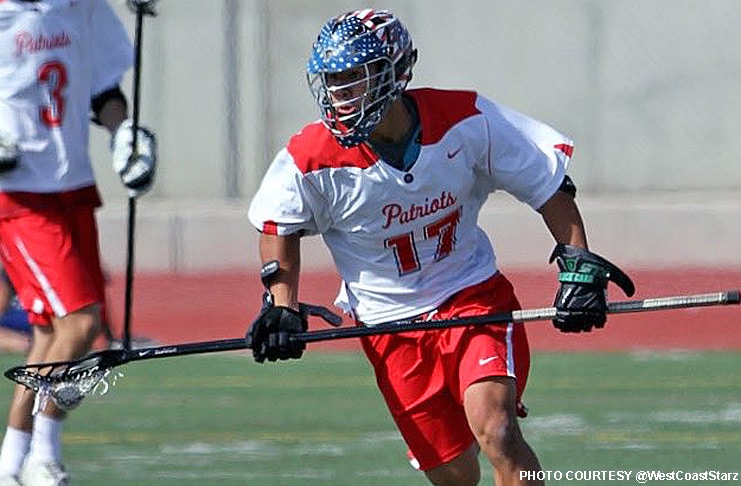 Beckman sophomore Justin Cheng is the Defensive Player of the Week. Cheng had big games vs rivals Newport Harbor and Aliso Viejo last week. The versatile Cheng plays close dee, LSM, man-up and once in a while picks up a short stick to help clear the ball.

He scored goals in both games, which in high scoring games might be a footnote. However, both games were tight low scoring contests. Against Harbor Cheng had a goal in a 10-6 loss, hit one pipe and was robbed of another goal by a great save. In addition he had 10 ground balls and 4 takeaways.

In the 6-5 victory over Aliso Viejo Cheng had another goal, 6 ground balls and 3 take aways. Aliso also had 12 penalties so he got plenty of man up work. The Beckman defense shut the Wolverines out in the second half of an intense game. With 2:20 seconds left in the game and 4 long poles already on the field Cheng came out of the substitution box Justin time with a short stick , caught the ball on the defensive end and sprinted to get a touch in the box and move it to an attackman . Game over…well almost…Aliso got the ball back and with 12 second to go Cheng broke up a final scoring chance.

Overall 2 games: 2 of 11 team goals, 16 ground balls, 7 takeaways, and one crazy clear in a wild game makes for a great week.

Devin Arkison is a 3x All-American from Hobart College. He is also a member of the New Jersey Hall of Fame. He has coach elite high school and works privately with all levels on defensive skill work. He can be reach at d_arksion@hotmail.com