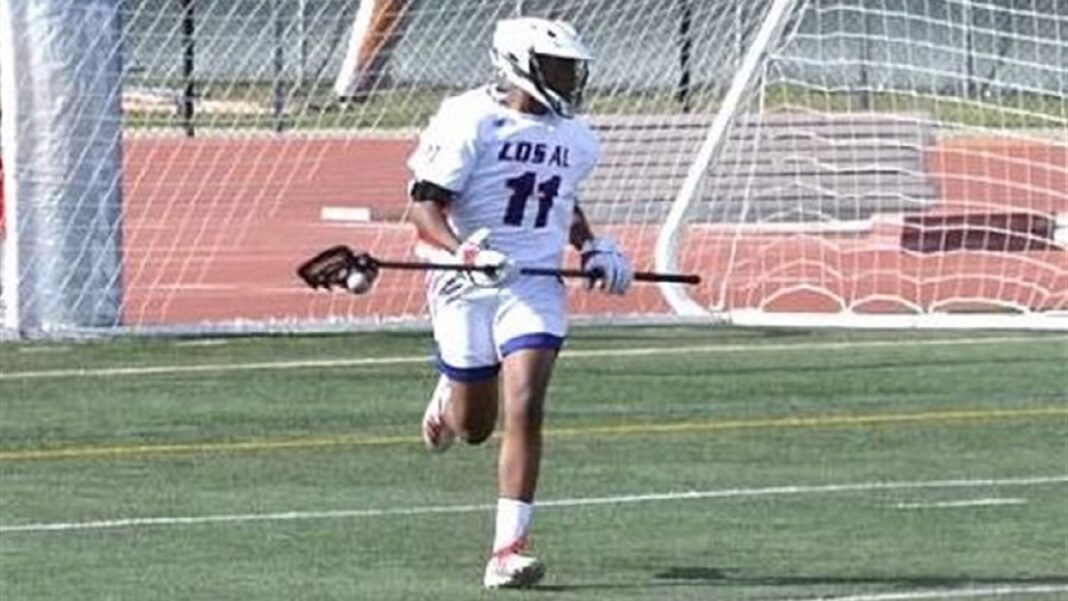 Los Alamitos senior-to-be LSM Julian Jenkins announced last week that he has committed to study and play Division 1 lacrosse at College of the Holy Cross.

“I’ve heard great news about the culture and team atmosphere at Holy Cross so I’m very excited about that. Also, with the new addition of Coach JL Reppert, I feel Holy Cross can become a winning program,” Jenkins said.

Reppert was named head coach of the Crusaders prior to last season after spending the previous six years as an assistant coach and offensive coordinator at the University of Maryland where he won a national championship in 2017. Reppert has an Orange County connection through his brother Brad who coached at Santa Margarita in the early 2010s.

In addition to liking the men’s lacrosse program, Jenkins really liked the Holy Cross athletic facilities and the hillside that overlooked the city of Worcester when he visited the campus.

“I wanted to commit after being able to meet the coaching staff in person and seeing how much interest and passion they had for me as a player and for the team as a whole,” Jenkins said.

Jenkins was named to the Sunset League’s All-League first team and was a captain for Los Alamitos this past spring. Jenkins helped the Griffins reach the CIF-SS Division 1 quarterfinals and win their first playoff game since 2012.

“I want to thank my mom and dad for supporting me through my long recruiting process as well as all my teammates and friends who also helped me achieve my goal. Also big thanks to my club and high school coaches for helping me develop as a player,” Jenkins said.

Los Alamitos coach Matt Cunniffe, who is a former Crusader, said Jenkins leads by example and plays for his teammates.

“As a Crusader Alum and former Holy Cross men’s lacrosse player, I want to welcome Julian Jenkins to the College of the Holy Cross. From a past Crusader to a future Crusader, welcome to the family! LET’S GO PURP,” Cunniffe said.

Some of Cunniffe’s memorable moments with Jenkins include the goals he scored against Palos Verdes last season, him helping coach the next generation of players at Beach Cities Lacrosse Club and his DJ skills when it comes to warm-up songs.

“He became the missing piece on an already good defense. Julian’s lacrosse IQ, game awareness, confidence, and swagger showed his junior season. Julian has become a leader on the team both as a captain and with his actions,” Cunniffe said.

“It is truly a blessing to be playing division 1 as it was a long and tedious process and not everyone has an opportunity playing at such a high level,” Jenkins said.