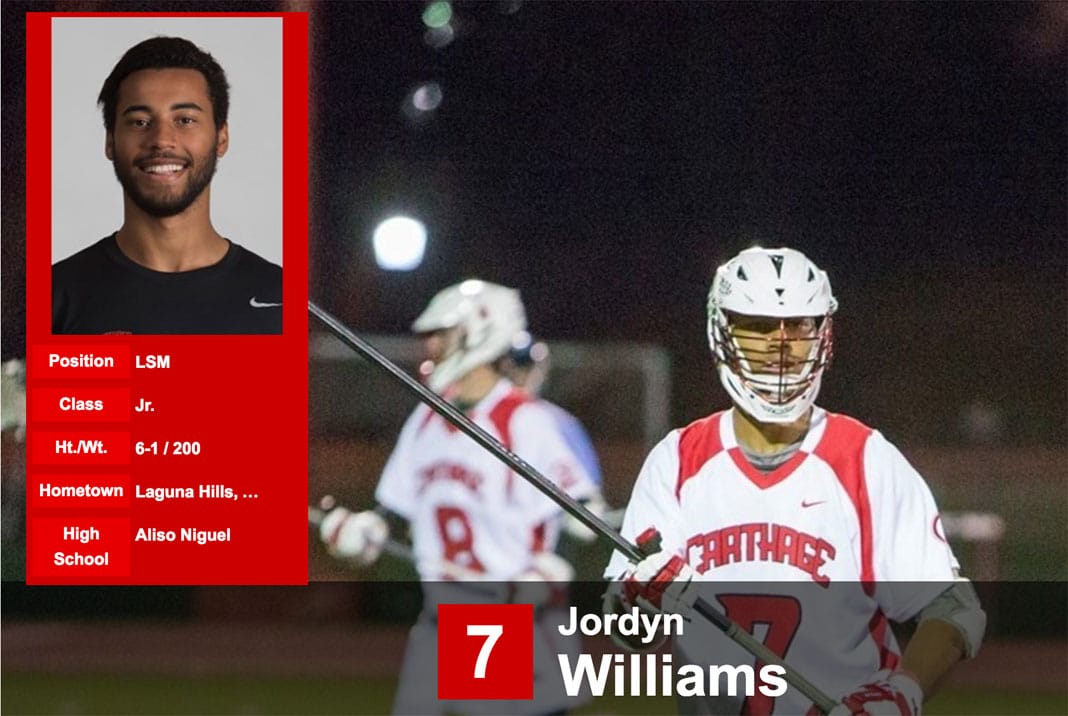 With one season left to play, Williams is already the program’s career leader in caused turnovers with 143. The 6-1, 200-pounds LSM was also the 2016 College Conference of Illinois and Wisconsin Defensive Player of the Year, and a 2016 All-CCIW First Team selection.

Williams was on of 195 student-athletes selected to the inaugural Division 3 All-Region teams. The All-Region teams were identified based on the All-Conference teams associated with all conferences sponsoring lacrosse.

“It is an honor for the IMLCA to introduce the inaugural IMLCA All-Region teams,” said Paul Cantabene, in a press release “With the continued growth of Division III lacrosse, this important program expands the opportunities to promote the great players who compete across the country.” Cantabene is chair of the IMLCA Division III Advisory Committee and coach at Stevenson University.