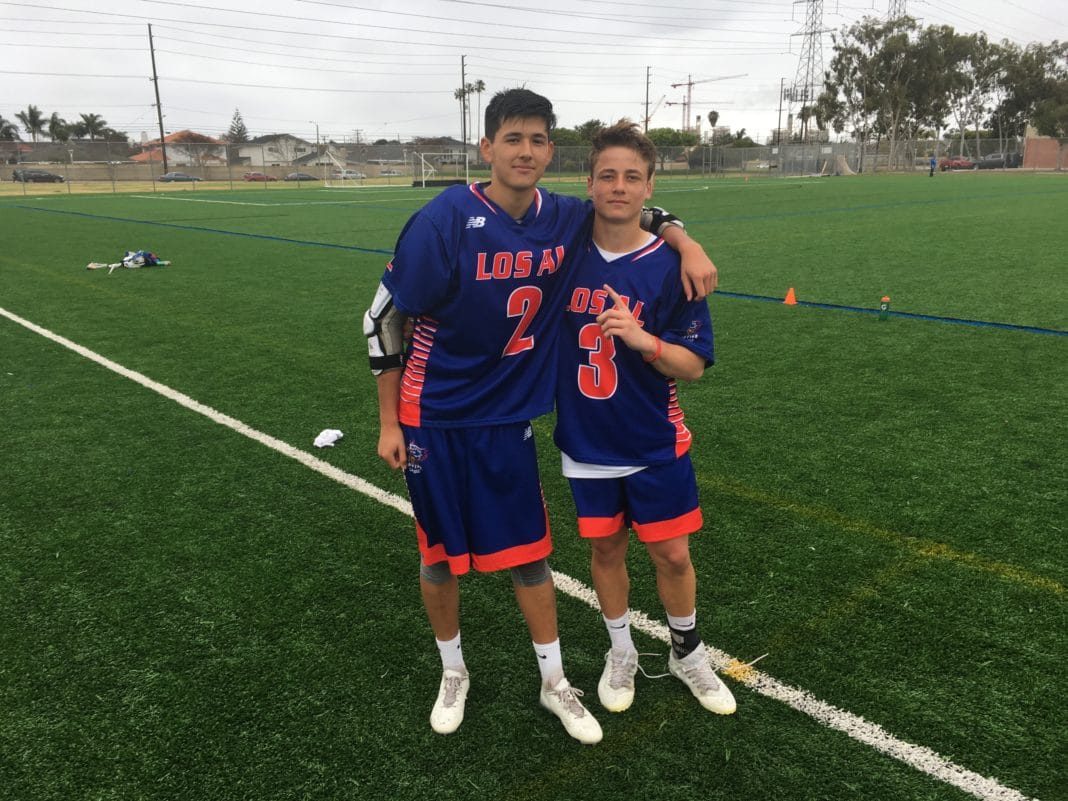 Huntington Beach – It took the Los Alamitos boys lacrosse team three weeks, but it finally notched its first win of the 2018 season, as the Griffins beat the Chargers 19-7 on Saturday at Edison High.

“We were hungry today. We were hopeful we would get our first win. I did expect that we would put up a lot of goals, but I didn’t expect they [Los Alamitos] would put away 19,” Los Alamitos coach Tim Fox.

After Edison scored the first goal of the game at the 8:42 mark of the first quarter, it wouldn’t score again until the 3:24 mark of the second quarter. By then, the Griffins had a 9-2 and were in no danger throughout the rest of the game.

The Griffins were led by Trenton Jones and Ed Shean, who each had five goals. Shean and Jones also distributed the ball as well, as the two had six and five assists.

“They’re a dynamite combo on attack for us. They’re just starting to come into their own right now and they’re a lot of fun to watch,” Fox said about Jones and Shean.

For Edison, AJ McLean and Drake Choi had two goals apiece while Paul Hallstrom, Trevor Ambrose and Evan Welman each had one goal. McLean had three assists and Hunter Whalen had eight assists.

“I think our age was apparent, we have two seniors. They [Los Alamitos] are a well-coached team that has leadership. We have leadership, but it’s young leadership,” Edison co-coach Dieter Nemes said.

Despite suffering its first loss of the season, Nemes believes that Edison can still make noise in the Sunset League, which is the plan for the Chargers according to him.

“We always prepare one day at a time. Our big thing this year is to be micro ambitious. We want to work every day harder than the team in front of us,” Edison co-coach Mike Mueller said.

The two teams will meet again on Saturday April 28 at Los Alamitos in the season finale for both teams.