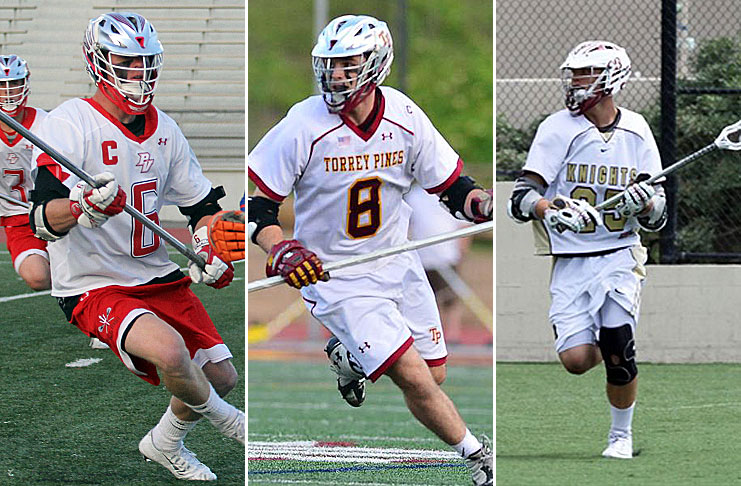 Inside Lacrosse magazine’s annual recruiting issue is out and with it the Power 100 Freshmen rankings — the top 100 incoming college freshmen, as ranked by the magazine’s staff. This year, three Southern Californians made the list.

Defenders Jarrett Jones (Palos Verdes/Georgetown) and Beau Botkiss (Torrey Pines/Harvard) are ranked Nos. 51 and 52 on the list, and midfielder Christian Ford (Bishop’s School/Michigan) is ranked No. 65.

Jones is the highest-ranked player among three Georgetown recruits in the Power 100, while Botkiss is No. 3 among six incoming freshmen at Harvard to make the list. Ford is the third-highest ranked of four Michigan recruits.