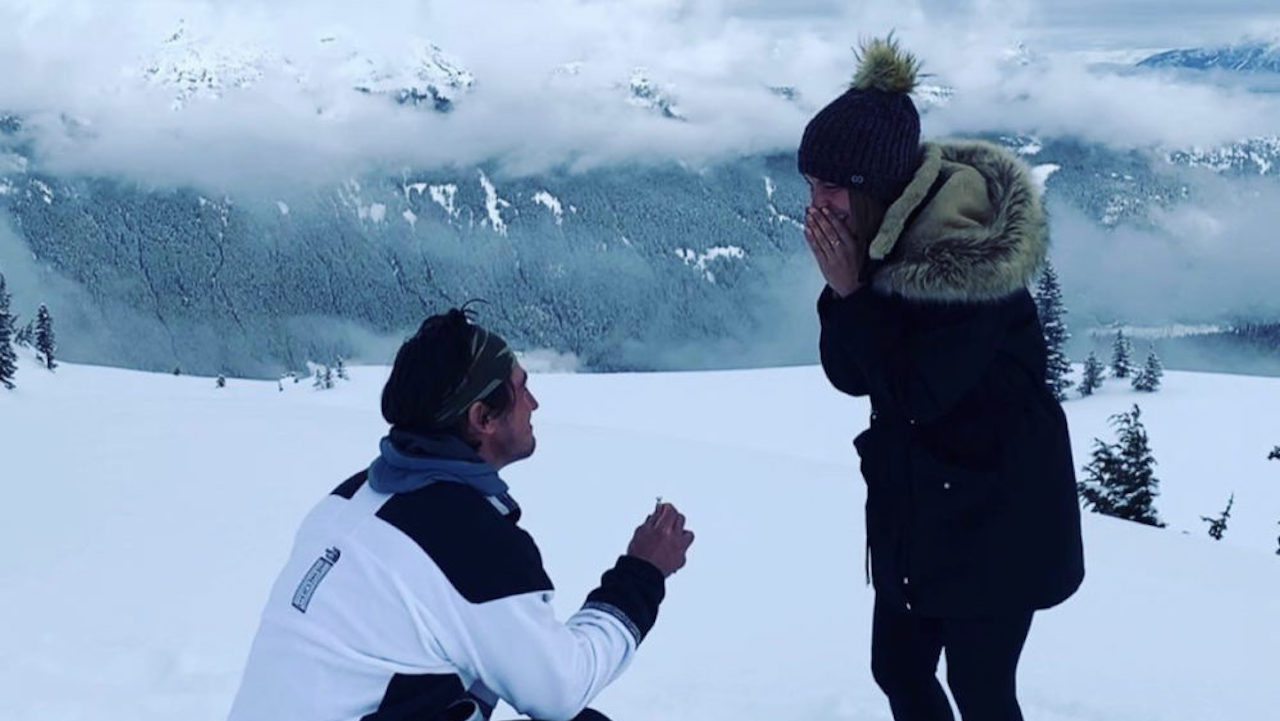 Rodriguez and Johnson met originally in 2015 at a Baltimore Ravens vs Denver Broncos tailgate in Denver in 2015, and even though the leader of the Foothill girls lacrosse was living in Denver at the time, the leader of Mater Dei made sure to one day make her his.

“She was living in Denver and had a boyfriend at the time, but I couldn’t resist the blue eyed bombshell,” Rodriguez said.

In 2016, while still playing for the Denver Outlaws, Rodriguez made sure to get Johnson tickets to all of his home games, and after their home opener while he was signing autographs, he drew a heart on a lacrosse ball and gave it to her.

A few weeks later, Johnson came to Orange County and the couple made their long distance relationship official behind the plate at a San Diego Padres game. Six months later, Johnson moved from Denver to Southern California.

Some things that made it fate for the two love birds included: growing up in Maryland and graduating at nearby high schools in the same year (2007), their love for lacrosse, and their love for the outdoors.

The two officially became engaged at Garibaldi Provincial Park, just outside of Whistler, Canada. After a 20 minute helicopter ride around the park, the chopper stopped at the bottom of a glacier. Once the pilot was originally done taking photos of the couple, Rodriguez asked for one more, knowing that the camera setting was changed video.

That is when it happened. He pulled a box out of his pocket and got on one knee. Johnson was shocked, and at a lost for words for what was happening, once she realized the real method to his madness.

“The proposal was straight out of any girls’ playbook,” Johnson said. “I was shocked, and overwhelmed with love and excitement. It’s such a crazy feeling to see the love of your life and best friend get down on one knee and tell you they want to spend the rest of their life with you. It’s a moment I’ll cherish forever.”

While the two coach at rival lacrosse schools, they both root for each other’s squads the best they can, unless they play each other. Then it’s on!

“We both are extremely competitive and hate losing so getting home after a loss is never fun,” Rodriguez said. “We played three times last season. Mater Dei won the first scrimmage and in the handshake line I got the dirtiest look I’ve ever seen when I went to shake her hand. Foothill beat Mater Dei the second time and I faked a smile when shaking her hand in line. Mater Dei won the semifinal game in the last matchup of the season and I was lucky enough to be out of town for that one.”

While their competitive juices boil on the field, their never ending love for each other off it is what matter the most to them. Outside of the game, the couple has two dogs, Mack and Marley, and they take them everywhere, according to Johnson.

They also love to play card games and board games at home to pass time, but they both are very submerged in their respective programs.

“We are committed to our programs and love our players more than they probably know,” Johnson said.

While they have some wedding planning ahead of them, the couple’s dream wedding includes a summer wedding on the water, surrounded by family and friends and dancing the night away. They hope to make that dream a reality in Maryland in the summer of 2020.