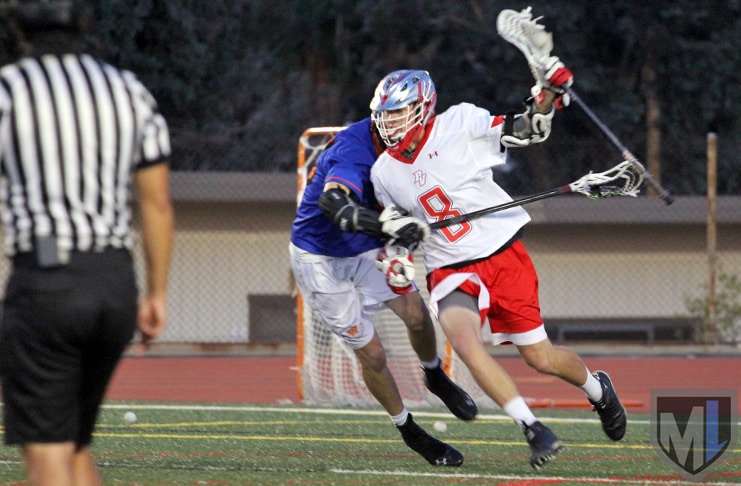 Senior midfielder John Gressett of Palos Verdes announced his commitment this week to attend and play lacrosse at NCAA Division I Vermont.

As a junior last spring, Gressett was named second-team All-Bay League after scoring 13 goals and registering 17 assists for the Sea Kings, who reach the US Lacrosse Southern Section North championship game before falling to Loyola in overtime.

Still, he was somewhat overshadowed on a PV midfield unit that sent one player to Division I and two to high-level D-III schools. Sea Kings coach Jimmy Borell referred to Gressett as a late bloomer, and Gressett said via email that it was his performance last summer at the National 175 Showcase, where he was named an all-star, and the Crimson Fall Classic at Harvard that opened up some options late in the 2017 recruiting cycle.

“The National 175 Showcase in the summer of 2016 did get me a lot of Division III interest,” Gressett said, “but the tournament at Harvard during the fall of 2016 is where I got noticed by Division I schools. Coach Borell was very instrumental in getting my name out and helping me work with the coaches at Vermont and Hobart.”

Gressett played at the Crimson Classic with with Tom DeMaio‘s Team 12, and he said Coach DeMaio madea point at the event to round up coaches to come watch his guys play. One of those coaches was first-year Vermont coach Chris Feifs, Borell’s former teammate and fellow captain at Maryland. So that didn’t hurt, either.

Ultimately, though, it was more than that relationship that tipped the scales toward the Catamounts.

“What tipped me toward Vermont was primarily the size of the school in terms of the number of students and the opportunities available,” Gressett said. “Also, Vermont has a great business program, and that is what I intend to study.”

Gressett has played locally with Factory and LA Heat, as well as with Team 12 and Brady’s Bunch.