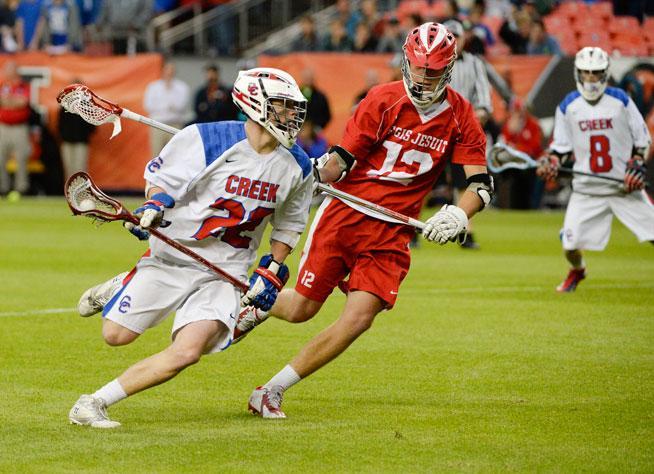 Joey Soran, a senior defenseman at Regis Jesuit, was one of 13 high school seniors to sign National Letters of Intent with Penn State in November.  Soran will begin playing for the Nittany Lions in the 2017/18 academic year.

“Our staff is thrilled about the incoming class,” said seventh season head coach Jeff Tambroni in a press release. “The combination of size, skill and IQ will allow our program to advance on the field. More importantly, the combination of character, work ethic and core family values will allow our program to advance off the field. We are very proud to welcome these fine young men and their respective families to Penn State lacrosse.”

We’ve got another defender in our newest signee Joey Soran coming to campus. Welcome to the #PSUMLAX family, Joey! pic.twitter.com/wmOiCoLRCo

Soran’s bio is presented below.

WHY PENN STATE?
“I chose Penn State for the amazing atmosphere, coaching staff and educational opportunities.”

COACH TAMBRONI ON SORAN
“Joey is a big, tough defender who brings a competitive edge into the defensive end. He will provide an imposing presence on defense and increase our level of physicality immediately.”