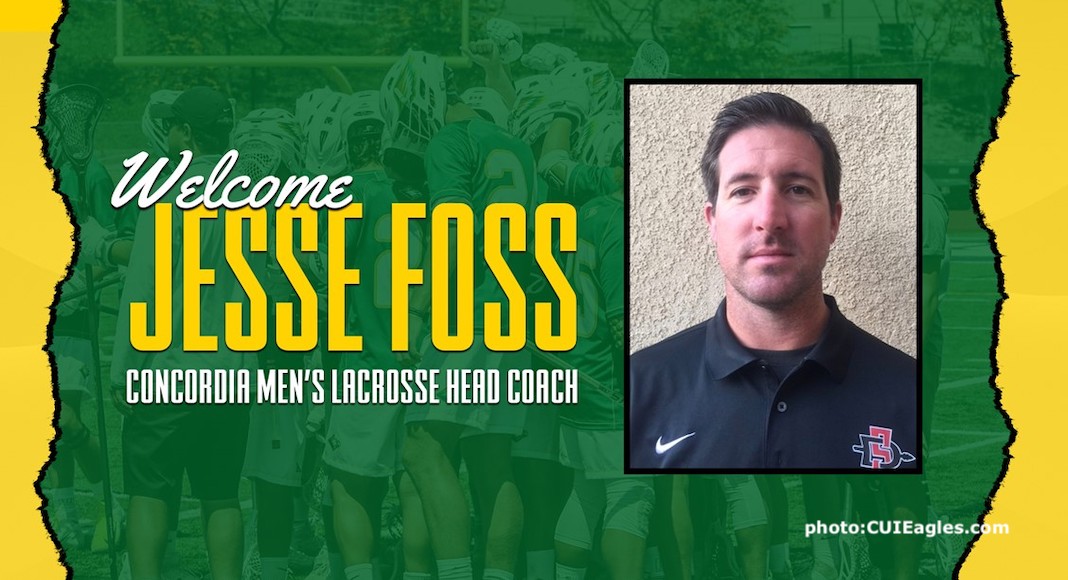 Concordia University – Irvine announced that Jesse Foss is the new head coach of the Eagles men’s lacrosse program. Foss stepped down from his HC role at San Diego State to accept the Concordia position.

“I am honored and humbled to have been chosen to lead the men’s lacrosse program at Concordia,” said Foss in a Concordia press release. “I am sincerely grateful to President Kruger and Mo Roberson for this incredible opportunity. The Concordia lacrosse program has established itself as one of the strongest in the MCLA and I expect to continue that tradition. My family and I are very excited to be a part of the CUI family.”

Foss compiled a 13-15 record over his two-year tenure at San Diego State, and led the Aztecs to the SLC playoffs for only the second time in program history in 2018.

Before joining the Aztecs, Foss spent 14 years coaching  at La Costa Canyon High School. After serving as an assistant coach for the Mavericks for eight years, Foss was promoted and compiled a record of 103-31 as LCC’s head coach during a six-year span. While in charge, Foss led the Mavericks to three CIF championships, two additional CIF championship appearances and six straight league titles.

The Concordia Eagles won the MCLA Division 2 National Championship in 2017 and moved up to MCLA Division 1 last season and reached the National Tournament with a 12-3 overall record.