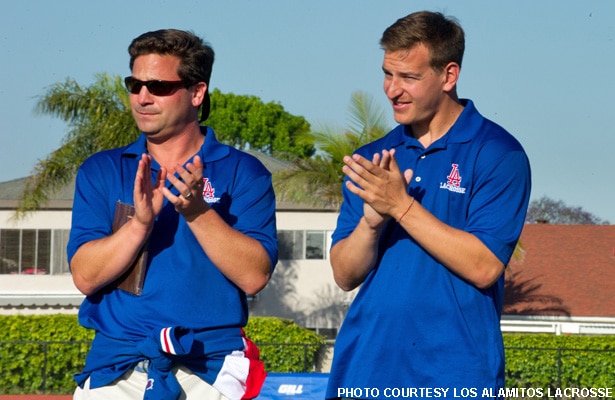 Cox said Monday morning he is finalizing paperwork to make the hiring official and plans to meet with his Sea Hawks players for the first time on Tuesday.

“I’m really excited,” he said. “Now that I have it, I want to get started. I would have been in there a month ago, if I could have. I could not be more excited.”

The Sea Hawks have been training this fall with JV coach Matt Campo, and Cox said he hopes to hold 2-3 practices a week, as well as set up some weight-training sessions to build on the offseason program.

Redondo went 6-11 last season and 1-5 in the tough Bay League. Graduation took senior attack Josh Williamson (Marquette/D-I) and senior middie John Langford (LIU Post/D-II), among others. But the Hawks do return senior All-American attack Preston Faecher (Maryland), and Cox said he has been told the team has a strong group of middies returning.

“I’m not one of those coaches who has a system that they always run,” Cox said. “When I get in there, I’ll see see what we have. If we have good attackmen, we’ll run a lot through the attack. I’ve been told we have a lot of good middies, so we might run a lot through midfield. I’m open to anything.”

Cox, an LSM and close defender, played lacrosse at Helix HS in La Mesa, outside San Diego, where he was team MVP his junior year and captain as a senior. That senior season he was named All-County First Team and the Union Tribune All-Academic Team, and he also earned a spot in the San Diego County all-star game.