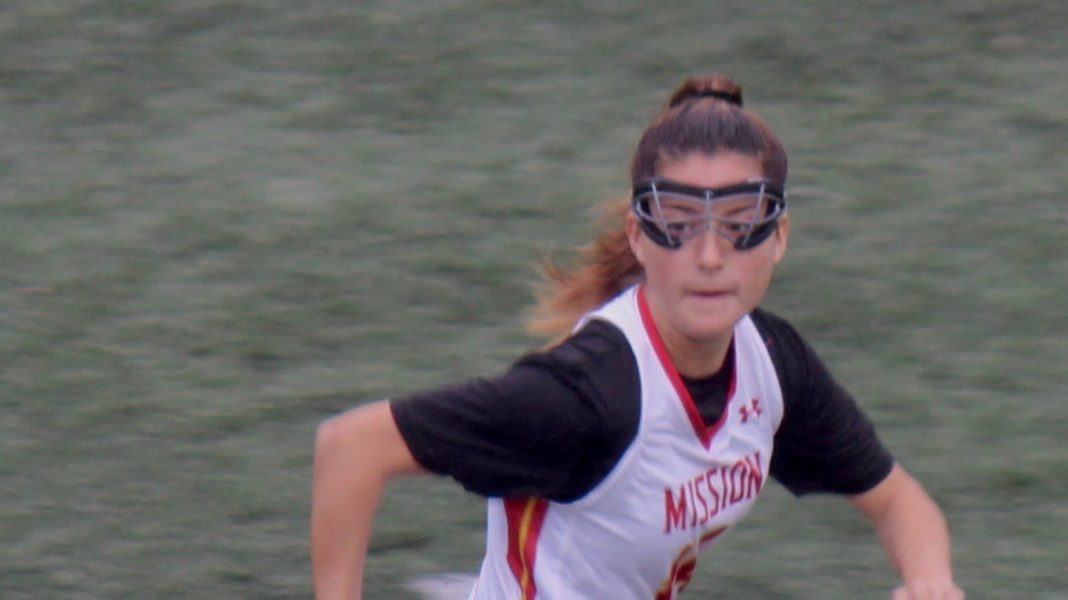 Mission Viejo girls lacrosse junior standout Jenae Sperling announced on Instagram on Friday that she has committed to study and play Division 1 lacrosse at the University of Oregon.

“Talking to the coaches, they were really inspiring, they were forthright, they had the same values and visions I saw myself and my college future with. I knew that they had what it takes to develop me into the player I wanted to be,” Sperling said. “The team environment and the players were super welcoming, so that was definitely a plus too.”

Sperling, who is the first Oregon commit from the class of 2022 in California, said that she wanted to play in the Pac-12 Conference, home to USC, Stanford, Colorado, Cal and Arizona State. She was also impressed with the beautiful athletic facility at Oregon.

“I think it’ll be super fun. It’ll be definitely be challenging, but it will definitively make us more disciplined when training,” Sperling said about playing in the Pac-12.

Sperling, a member of the 2020 OC National Tournament team, finished her sophomore season with 25 goals and 13 assists, leading Mission Viejo in both categories. Sperling helped the Diablos finish with a record of 3-2 before the season was cut short due to the COVID-19 pandemic.

An interesting fun fact about Sperling’s commitment to Oregon is that she is the fourth girls lacrosse player from her neighborhood to commit to a Division 1 girls lacrosse school. The other three are Megan Armes (St.Mary’s), Shelley Cummings (Fresno State) and Maryn Macha (Cal).

“I grew up playing soccer my whole life and then right as we [my family] moved into this neighborhood, I started meeting all of them and they told me their story and their journey playing lacrosse,” Sperling said. “I didn’t really think about it [playing lacrosse] until I started getting injured a lot more in soccer.”

Last year, the Ducks went 2-5 overall and 0-1 in Pac-12 play before the season was halted due to the pandemic.