Get to Know Jason and Joslyn Simaan 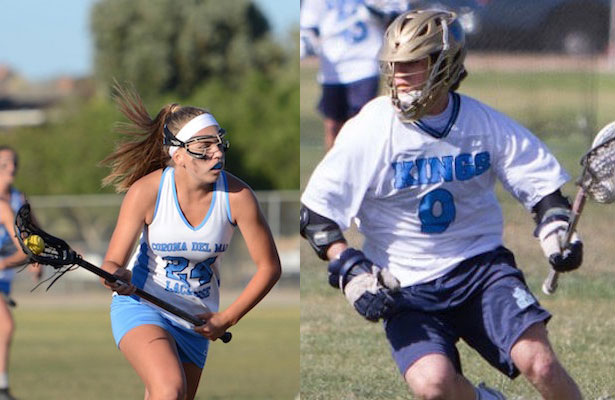 Like the game itself, until recently the “Lacrosse Family” has been a tradition limited to the lacrosse hotbeds.   We’ve all heard of the Gaits, the Powells, the Stanwicks, and the Thompsons.  Although the West has yet to produce such family dynasties, the time is coming. More and more lacrosse is becoming a family affair here in the OC and throughout the West.

We’ve particularly noticed a rise in the number of families that have brothers and sisters sharing their love of the game, and thought it would be fun to introduce our readers to some of these families. We begin our series with Jason and Joslyn Simaan.

Jason, the reigning Boys’ Lacrosse Player of the Year, is the older of the two siblings.  He was the first one to pickup lacrosse stick.  Jason started playing in the seventh grade.   Joslyn was not far behind,  she started playing when she was in the fourth grade.

The two Simaans share more than just a love for the game, both are very accomplished players. Jason just completed a stellar career at Corona del Mar this year. With Jason taking faceoffs, the Sea Kings compiled a 53-5 record over the last three years and won the 2016 Orange County championship. He will attend and play for Brown University next year.

Joslyn, a rising sophomore at CdM, is just starting to build her resume.  She told MaxLaxOC.com that her two biggest lacrosse accomplishments so far are “making the Under Armor girls west team, making the OC National team and making my high school varsity team.”  She made a splash in her first year of varsity play, earning CdM Rookie of the Year and 2nd Team All League.

Joslyn, a defender, credits Jason for making her a better player.  “Jason and I always play catch together. he is always pushing me to do better and he’s always trying to improve everything from my fitness to my stick skills.”

When asked who would win a game of one-on-one, Jason responded “This is an interesting question. The girls and boys lacrosse games are a lot different.  I think Joslyn will have the advantage. I haven’t figured out how to run and cradle the ball with a girls lax stick.  That is pretty challenging.”  Joslyn readily acknowledges that Jason would have the faceoff advantage though. “As much as I wish it would be me, I think Jason would win. He has more power to push and pull the ball into direction he wants it, but there is always a chance for me to get the ground ball.”

Jason’s work ethic is well known and he  has been an excellent role model for Joslyn says “I think that there are a lot of things that make Jason a great lacrosse player. He has speed and fast hands that makes him excel in the face off. He is also very determined and hard working, Practicing was in his daily schedule and that’s what made him go from being on jv his freshman year to being one of the best faceoff players.”