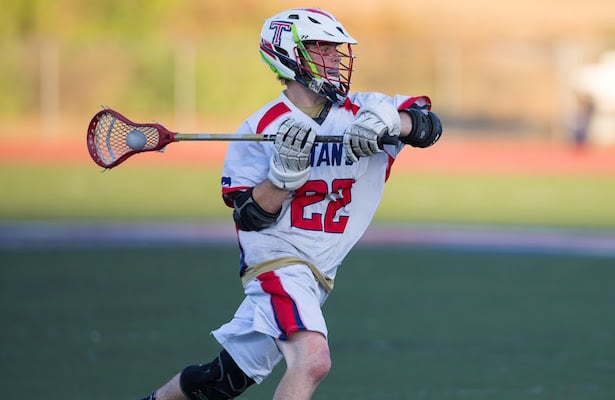 Tesoro defeated Beckman 10-4 Monday night in a non-league tilt.  Jason Moreta scored one goal and handed out four assist to lead the Titans.

The game started slowly with a scoreless first quarter.  Although both teams had chances, neither could find the back of the net.  The Tesoro offense began to click in early in the second quarter with Moreta  acting as the catalyst.  Moreta assisted on goals by Jonathon Gibson and Brian Graves to put Tesoro up 2-0. Beckman’s Jack Bilello and Tesoro’s Brendan Marilles then traded goals to send Tesoro into the locker room at halftime with a 3-1 lead.

Despite the wind and rain that blew in at halftime, Tesoro wasted no time in creating separation in the second half.  Unassisted goals by Marilles and Ryan Harrington built the lead to 5-1.  Moreta then put one on the board for himself on a great feed from Cole Spooner (Westminster).  Biello tried to slow down the Tesoro momentum with his second goal of the evening to make it 6-2, but the Titans struck right back. Moreta assisted on a Graves goal again and Trent Tubbs put away a rebound to give Tesoro and 8-2 edge going into the 4th quarter.

Gibson started the fourth quarter with an unassisted goal, and Harrington’s second goal from Moreta’s fourth assist of the night put the score at 10-2. Beckman kept the pressure on with two quick goals from Jason Lum and Zack Carter but it was too little too late.

Bilello (2g),  Lum (1g, 1a), Carter (1g), Alex Watson (1a), Justin Wayt (1a) accounted for the Beckman scoring.  Max Cody had three ground balls and Justin Cheng had a ground ball and 2 takeaways.  Tyler Schweickert had 8 saves in the loss.