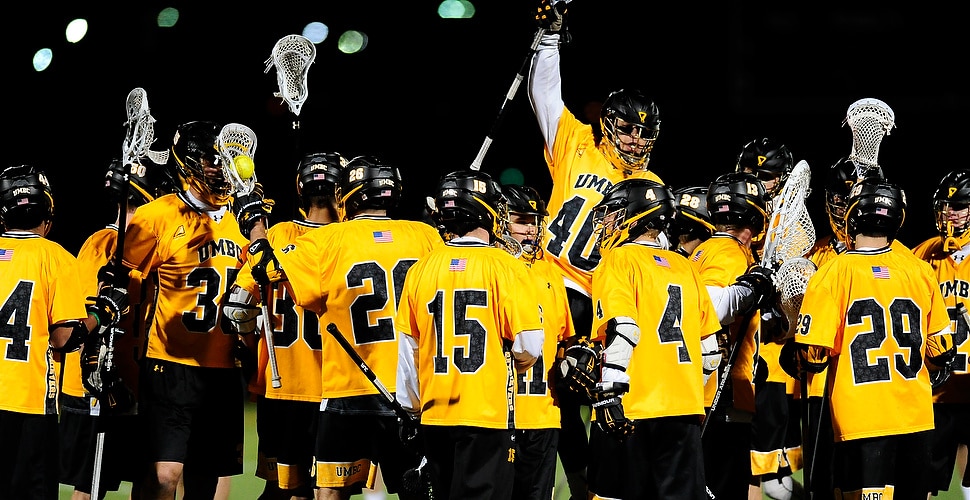 Valley Center alum Jason Brewster will lead the UMBC Retrievers as a tri-captain. Brewster, a sophomore, saw action in all 14 games as a freshman last season. As he did in high school Brewster displayed great versatility and athleticism in his first season of college ball.   He played LSM regularly for the Retrievers,  stepped into the face-off circle when needed, recovered 20 ground balls, caused three turnovers and scored once.  Brewster led Valley Center to a 2014 CIF championship while scoring 100 points as an attack.

The full press release from UMBC Men’s Lacrosse is presented below.

“At the end of the fall each class had to pick one word to describe what they felt would be the most important characteristic of a captain for this team,” said Moran. “The four characteristics chosen were; Devoted, Humble, Selfless, and Authentic. Our players and staff all voted overwhelmingly that these three individuals possess these traits and are poised to take on a pivotal role within the leadership of this team.”

Maxwell, a three-year starter on the attack unit, ranked tenth nationally and second in America East in assists per contest with 2.14 last spring. He tied a career-best with 15 goals and set a personal mark with 30 helpers and needs just five more assists to move into the all-time UMBC top ten. Maxwell became the 11th Retriever to post 30 assists in a single season and has amassed 106 career points.

Souder has started 15 games over the past two campaigns, finishing the 2015 and 2016 as the starting netminder. He played a career-high 571 minutes a season ago and finished third in America East in saves per game with 10.18.

Brewster saw action in all 14 games in his initial collegiate campaign. He displayed great versatility, playing consistently at long-stick defensive midfielder and stepping into the face-off circle when needed. The Californian garnered 20 ground balls, caused three turnovers and scored once in 2016.

“Ruston, Max and Jason complement each other very nicely,” Moran said. “Ruston has tremendous passion every day, Max has a quiet confidence, and Jason is a fierce competitor.  They have proved to their teammates and staff their passion and commitment to UMBC and this lacrosse program.  We are excited and eager to see them learn and grow as leaders as they take on this role for the 2017 spring.”