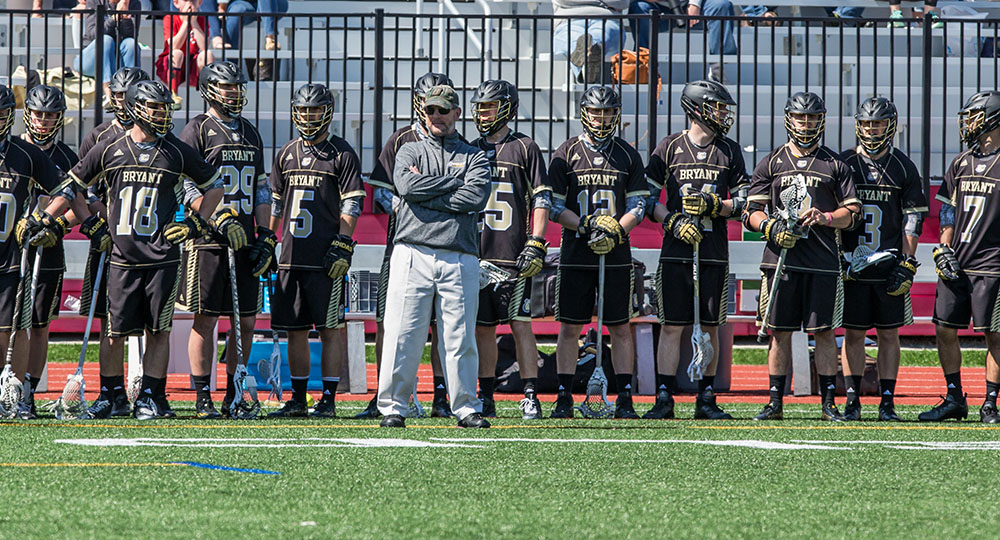 Former CIF championship game rivals Jake Fiske (Poway) and Jackson Lienhart (Torrey Pines) are now teammates at Bryant University.  Fiske and Lienhart played against one another in the 2015 CIF championship game that Poway won 8-7. They are the only Californians amongst the 15 newcomers announced by Bryant men’s lacrosse coach Mike Pressler.

The group consists of a 14-member Class of 2020 and one transfer. Lienhart who played at Bellarmine for one year after graduating from Torrey Pines in 2014 is the transfer.  The newcomers are drawn from six different states and add depth at every position for the Black and Gold.

“It brings me great joy and excitement to announce our incoming freshman class,” said Pressler, now in his 11th season at the helm. “Overall, the Bryant men’s lacrosse Class of 2020 has been an exceptional group to coach this fall. These 15 newcomers have begun their college careers in a positive way both on and off the field. Once again, the future of Bulldog lacrosse looks very bright.”

Fiske will wear no. 63 for the Bulldogs and Lienhart will wear no. 16.  They will join Kyle Mummau (La Costa Canyon) and Ryan Sharpe (Poway) as well as junior Cam Ziegler on the roster.  Bios for Fiske and Lienhart are presented below