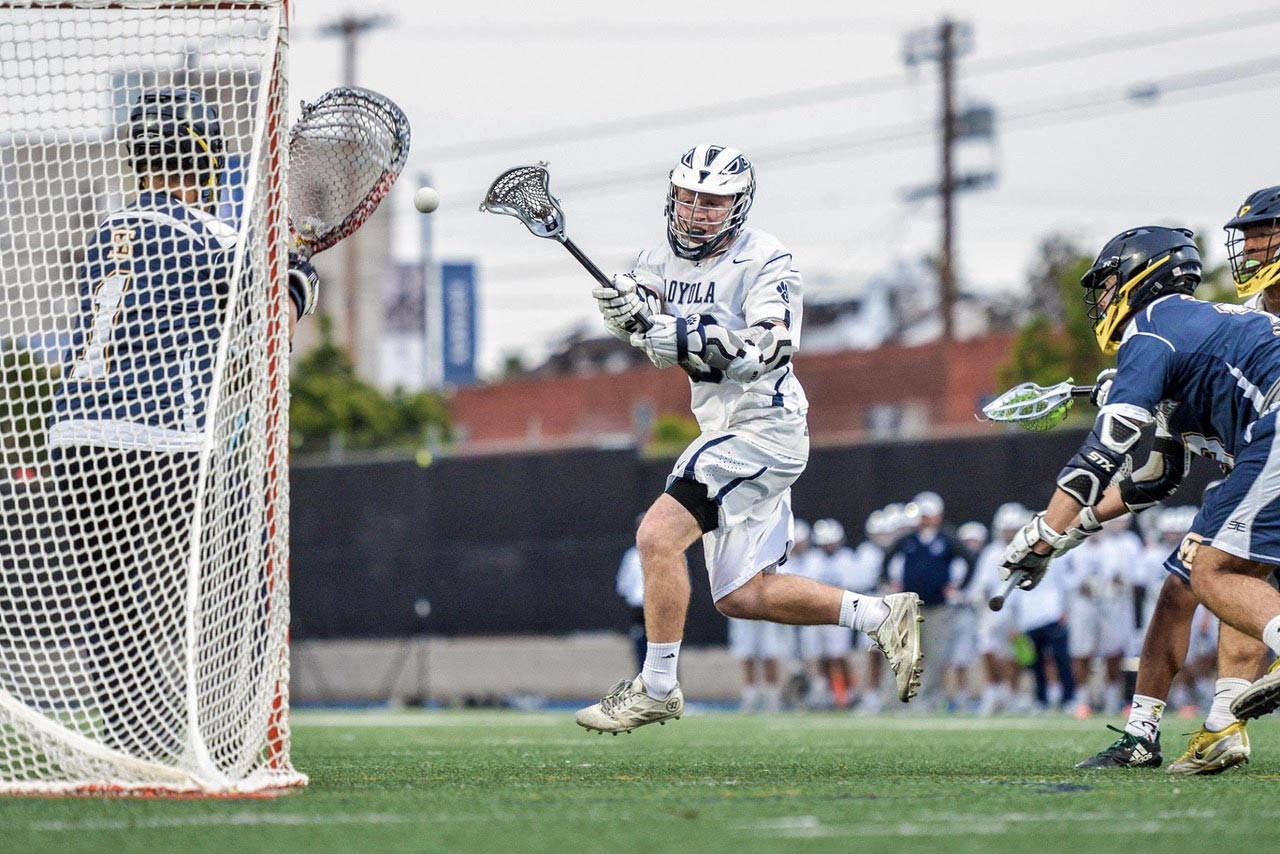 Carolan said his path to Texas began with a strong summer with the LA Heat and a letter from Southwestern University head coach Bill Bowman.

“Coach Bowman reached out to me personally with a hand written letter,” Carolan said via email, “and he spoke specifically about how I played and how I would fit into the Pirates style of play.”

Bowman invited Carolan to visit, and that trip was enough.

“After speaking with him, he invited my family and I out to the school for a weekend where I met with admissions, sat in on some classes and hung out with the team and watched them scrimmage,” Jack Carolan said. “It was a very comfortable fit, and that really sealed the deal.”

Location also made a big difference in Carolan’s choice.

“I had considered Goucher in Maryland and Emerson in Massachusetts on the East Coast,” he said, “but Southwestern University, which is the oldest university in Texas, had a real traditional college campus vibe. Also, I produce music in my spare time, and having Austin around the corner was another valuable selling point.”

Carolan credited being part of Loyola’s third consecutive run to the US Lacrosse Southern Section championship for launching him into a strong summer on the club tournament circuit, which ultimately helped him attract the attention of college coaches.

“Being from California and coming on the heels of playing for the Southern Section champions Loyola Cubs was a definite factor,” he said, “Playing at the Colorado Showcase in Boulder this past summer, followed by the Denver shootout with my club team LA Heat, got me a lot of exposure. That’s when I started to really consider the schools and what was best for me, both academically and athletically.”

The college decision caps a long lacrosse path for Jack Carolan — a journey that started at the Westchester Recreation Center in second grade and included the LA Cobras and LA Heat, as well as Loyola HS — and he credited a number of coaches for helping him along the way.

“I’ve met so many great people from playing lacrosse,” he said. “First and foremost, I’d like to thank my parents for their unwavering support since second grade. I give thanks to Jimmy Borell and Mario Waibel from my club team LA Heat, and my Loyola High School coaches Seth Cohen, Brett Tietjen and JD Whalen, and all my teammates that make this game so much fun.”