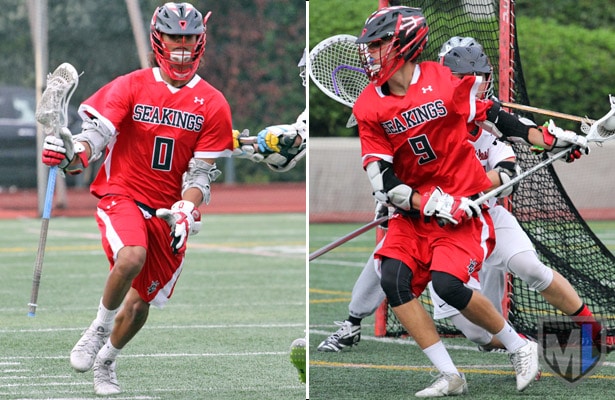 Juniors Rizal Smith (left) and Aidan Westley (right) combined for seven goals Friday, leading  Palos Verdes, the No. 2 teams in L.A. to a 12-6 victory  over local No. 5 Santa Margarita. It was PV’s fifth victory in six road games this season.

Next up:  Both teams have No. 3 J Serra (6-0) to look forward to.  The Eagles host J Serra in the Trinity League opener for both teams on Tuesday.  Palos Verdes is off until April 7, when the Sea Kings return to Orange County to play the Lions.