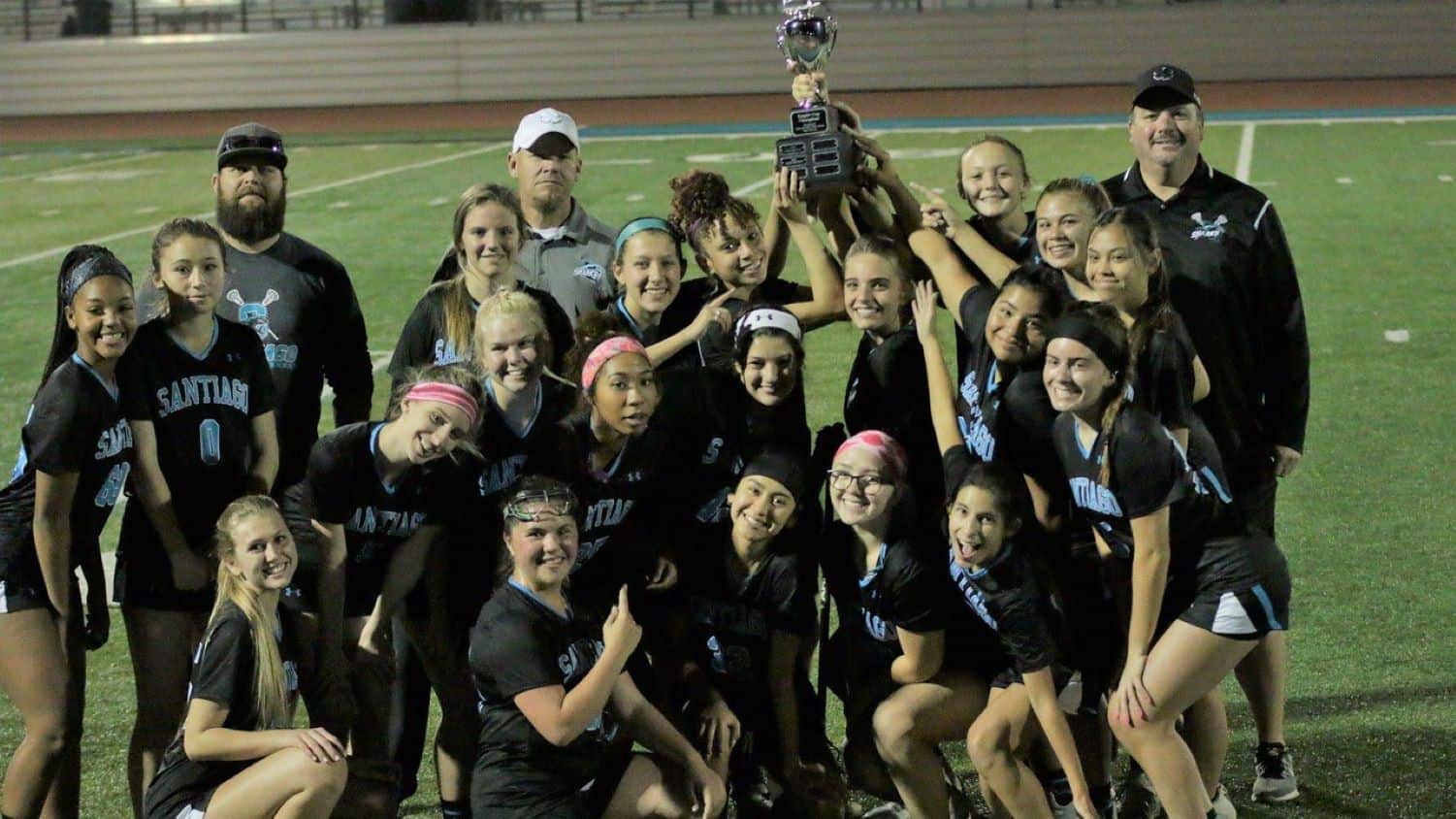 The Santiago High School girls lacrosse team hosted the 3rd Annual Empire Cup this past week. The Empire Cup was started in 2018 by Temecula Valley, and brings together the top teams from the Inland Empire to compete in a two-round playoff for the Cup. Round 1 featured Temecula Valley vs Great Oak and Santiago vs Murrieta Mesa.

TV and GO challenged each other in the first half of the game, but TV opened it up in the 2nd half to win 14-6. Santiago and Murrieta Mesa squared-off in the game of the week. Mesa took an early 3-0 lead in the beginning of the 1st half, but Santiago clawed it’s way back and ended first half down only 5-4.

The second half was well played by both sides, trading goals and keeping the score within 1 most of the half. Santiago scored the final two goals of the game, defeating Mesa 10-8.

Santiago and Temecula Valley met for the final match on Thursday, March 5th. Both teams began the game trading time between attack and defense. Santiago’s fast and effective ball movement kept the Temecula Valley defense on their heals, and proved to be too much for the Golden Bears. The Sharks defeated the Golden Bears 17-5. Riley Wilson and Kaylee Bravo each put-up solid numbers for the game, scoring 6 goals each on the game.

This was the 3rd straight Empire Cup Championship win for the Santiago Sharks.

“I am beyond proud at the way the team played this week and look forward to how this sets us up for a great season.” said Santiago Head Coach Larry Palochik.