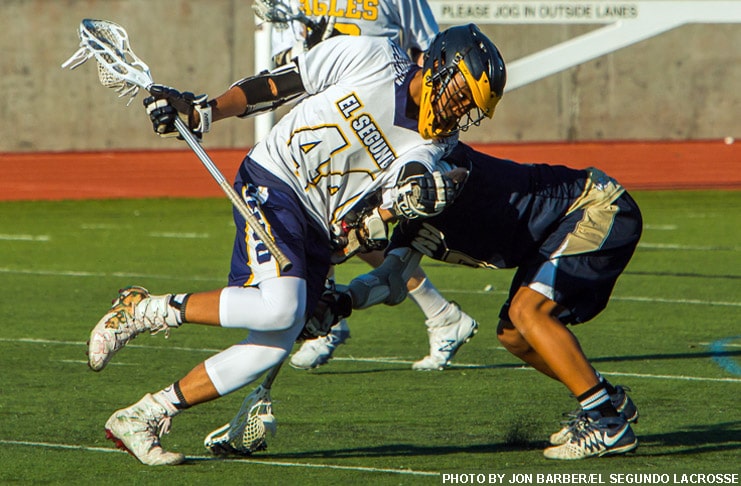 The 5-foot-10 Lynch was part of an El Segundo team that went 13-3 overall, was co-champion of the Ocean League, and earned the No. 11 seed in the US Lacrosse North playoff bracket, the most successful season in the program’s brief CIF lacrosse history.

Lynch played only one season for the Eagles, as he transferred from a school without a lacrosse program. Lynch had originally planned to play MCLA lacrosse for Grand Canyon University, but ultimately decided the NCAA D-II setting was best for him.

“Isaiah has been a joy to coach,” Eagles coach Brooks Roscoe said. “He possesses a lot of athleticism, a lot of spark, and he loves the game. He should do well in a D-II environment.”

The NDNU Argonauts finished the 2017 season with a 5-10 overall record. Next year, they will welcome 20 freshmen in what will be the program’s largest recruiting class. Of the 20 recruits, seven hail from the Orange County and Los Angeles areas.