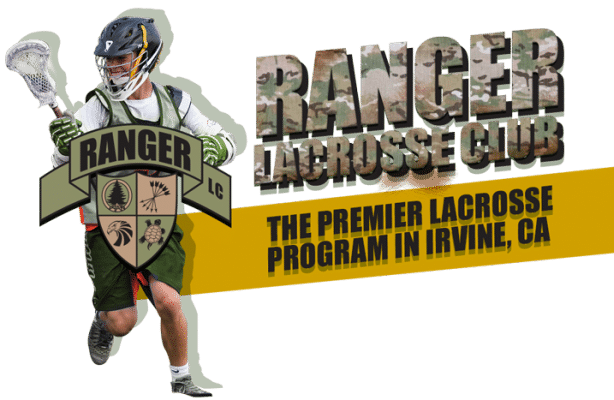 Registration is open for the Irvine Rangers Summer Boot Camp that will he be held at San Leandro Park in Irvine July 25-29. The camp will include two sessions per day. Grades K-7 will play from 8:30 to noon each morning. Grades 8-12 will play from 2:00 to 5:00 each afternoon. Click on the flyer at the bottom of this article or go to http://www.irvinerangerlacrosse.com/event/summer-boot-camp/ to register.

The Irvine Rangers Summer Boot Camp is a positional camp that covers game situations and demonstrates how to improve when players get home! The boot camp will incorporate, drills, personal attention, games, to expand player IQ & skill in just five days. Ranger Lacrosse will reward high levels of hard work and focus by also providing gear giveaways as well as raffle prizes throughout the week. An award ceremony will take place on July 29th at the end of each session (K-7 12pm & 8-HS 5pm). Live demos will be provided for parents to see what skills players will be learning.

About the Coaching Staff

Perry Craz: Originally from Long Island, New York, Coach Perry played Division 1 lacrosse for the University of Albany before transferring to Salisbury University. While at Salisbury he helped the Gulls win the 2011 Division 3 National Championship, and played for Hall of Fame coach Jim Berkman.. Coach Perry as trained high school and college lacrosse players eight years. He was recently an assistant offensive coach at Kings College in Pennsylvania for two years, and h

Jason Sanders: Coach Jason was a three-year varsity starter, captain, All American and State Champion at Long Island lacrosse power Ward Melville High School. Following high school graduation, he was an alternate on Team USA U-19 before going on to play at the University of North Carolina. He played in every game at UNC from 1993 to 1996, finishing his career secon all time in face off wins (298) and percentage (61.8%) while scoring 66 points. While at UNC, Coach Jason won three ACC Championships and played in the 1993 National Championship game. Coach Jason created Learn Lax Inc in 2000 to train lacrosse players throughout the country and has been doing just that ever since. His passion and knowledge has propelled many players throughout their careers and ultimately to having successful college experiences. Check out learnlax.com for more information about his program.

Ryan Kelaher: Coach Ryan was a two-time state champion, All American and All-County defender at Ward Melville. He was one of only four players to Blue Chip recruit status from Inside Lacrosse his senior year. After high graduation, Coach Ryan played at Loyola University before transferring back home to Hofstra University. At Hofstra, he helped anchor the second best defense in the nation in 2006. Coach Ryan earned All Colonial Conference honrs at Hofstra.

Nick Tintle: Coach Nick was a four year starter and two-time All American at the University of North Carolina Chapel Hill. He was awarded the Turnbull Trophy as the teams’ Most Valuable Player in 2007 and was named team captain in 2008. Nick played for LXM PRO teams and was recently drafted to the MLL by the Denver Outlaws. He is also owner of Athletes Choice (RSM) and has designed a unique Strength and Conditioning Program built for Lacrosse players. The program focuses on skill development and athletic performance. The program is designed to maximize speed and agility and proper fundamentals in lacrosse skill development.

Austin Morales: Coach graduated from El Toro High School in 2010 where he was the varsity goalie. He played at Salisbury before transferring home to play at Concordia University-Irvine. Coach led the Eagles to the MCLA-2 National Championship game in 2015 was MCLA-2 and the MCLA quarter finals in 2016. He had a combined a 32-2 record in his two season 2015-2016. Coach has been coaching youth and high school players for over four years and loves helping develop future lacrosse players and growing the game in Southern California.

Marc Morgan: Coach Marc played high school lacrosse at Maryland power River Hill before moving on to the University of Maryland University. He was a three-year starter for the Terps where he covered lacrosse legendary players the Gait brothers in the NCAA semi-finals. He since then moved out to Newport Beach and Orange County region coaching youth and high school players for over 20 years.

Bryant Hernandez: Coach Bryant graduated from Downey High School in 2012 and is now the starting faceoff middie for Concordia. He has a combined 57.4% face-off percentage in his three seasons at Concordia. Coach Bryant began coaching in 2015 with the Irvine Ranger youth teams and has dramatically changed the Irvine Rangers face-off lineups. He is a Graphic Design major entering his senior year at Concordia,and plans on doing artwork and marketing media upon graduation.