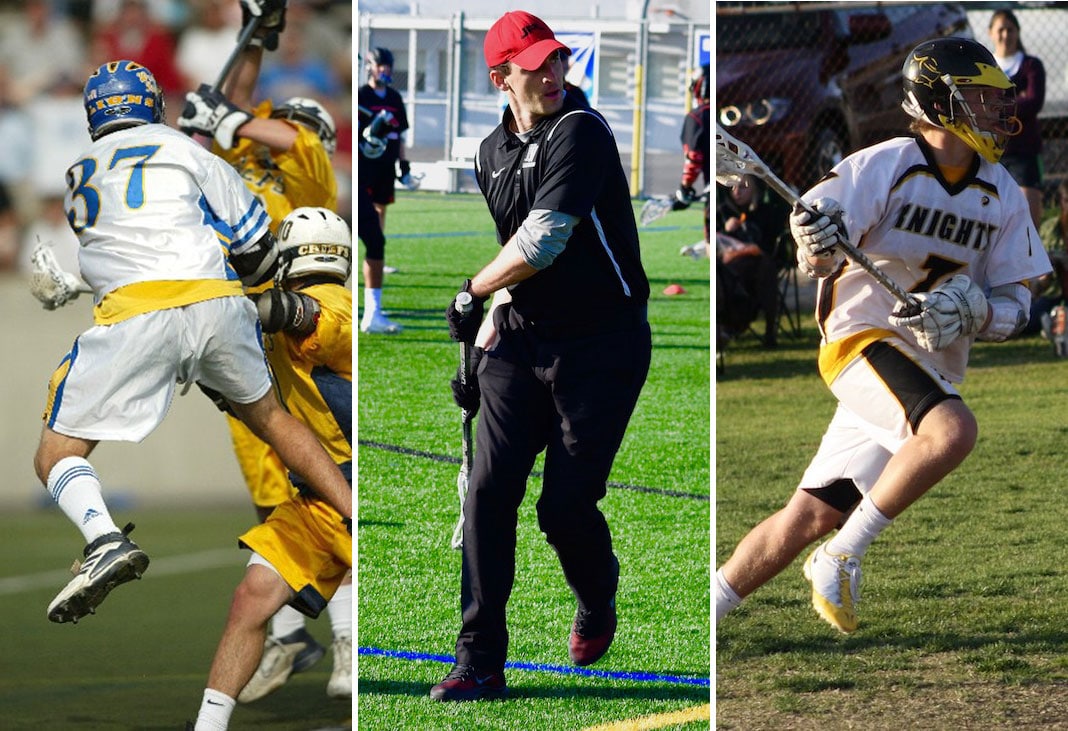 Geoff Giglio, Director of the Irvine Rangers boys lacrosse club, announced that the club has added David Taylor, Cameron Cole and Ryan Crimi to the coaching staff.  The three new coaches all have impressive lacrosse resumes and bring a mixture of local and east coast lacrosse backgrounds to the club.

Giglio said that the coaching philosophy at the Irvine Rangers is teaching the fundamentals of lacrosse and that his new coaches share that philosophy.

“We teach, we don’t bypass. We’re going to field as many teams as we want,” Giglio said in an over-the-phone interview.

Taylor, who is originally from Washington D.C., is a retired Army captain and has nearly 20 years of coaching teams, clinics, camps and individuals at all levels of lacrosse. He is also a former Army ranger, infantry platoon leader in Afghanistan, intelligence at DIA and NRO in Washington D.C. and a former management consultant and fund manager.

Taylor said that one important thing his players can learn from him is set an example.

“Be an individual that wakes up every day asking yourself, ‘how can I be better,'” Taylor said.

While Taylor did serve in the military, he is not a drill sergeant type of coach. Taylor said you have to be a good teacher. Taylor also compared lacrosse to serving in the military, where if you make a mistake in lacrosse, it would be equivalent to your comrade get hurt when serving your country.

“I believe youth programs exist to provide, above all else, the map, compass and foundational skills necessary for each individual to navigate a successful path to their personal goals in the sport and in life, generally,” Taylor said. “Put in context, I believe youth athletics is where coaches must work in closest collaboration with parents to cultivate in the kids a passion for the sport by providing a learning experience that balances fun with competitiveness and confidence building with constructive evaluation. Youth athletics is where we promote and teach methods for healthy self-improvement and respectful competition; where young players learn to trust teammates and coaches as well as learning what is required to be trusted by teammates and coaches; Finally, in particular, youth lacrosse is where we introduce and condition foundational stick skills, athletic positioning and movement, sport-specific logic (if/then, cause/effect), team play, and interacting effectively with teammates/coaches/refs/parents. Put bluntly, 4th grade through 8th grade is the most critical time for an aspiring lacrosse student-athlete. The quality and impact of the experience during this period dictate player career potential more than any other period, by far.”

Dave attended The Landon School in Bethesda, Maryland where he played for legendary coach, Rob Bordley. In 1999, Dave led Landon to it’s first (of many) #1 national ranking. That year, Dave was a unanimous All-America selection, First-Team All-Met, Offensive MVP and Top-5 National D1 recruit. Dave turned down offers from Brown, Princeton, Hopkins and Syracuse in deciding to attend UNC. After one year at UNC, however, Dave’s evolving priorities and interests motivated him to move to Shanghai in pursuit of a career in the foreign service. After two years in Asia, he returned to the U.S. to resume his studies and lacrosse at Tufts University, where he was privileged to play for another legendary coach, Mike Daly. After graduating from Tufts, Dave paused athletics in order to focus on his duties in the military. Dave gradually got back involved with the sport, coaching and playing every year since 2006. The highlight experience for him recently was the opportunity (via maternal eligibility) to play for and Captain the Belgian National Lacrosse Team at both the European Championships in Amsterdam in 2012 and then at the World Championships in Denver in 2014. Dave is entering his third season as a member of the Beverly Hills Lacrosse Club where he persists in trying to relive his younger glory days.

Cole is from Orange County and was a coach at Corona Del Mar High School. Cole graduated from Foothill High where he won four Southern Section championships with the Knights. He currently is the second all-time leading scorer at Foothill and held all the scoring records at Foothill in terms of goals, assists and points per game.

Cole’s believes in high energy, fun at practice, while working hard and strong fundamentals. Cole brings high school power and division one defensive mentality and experience according to Giglio.

Crimi is originally from Long Island, NY but currently moved to Huntington Beach. He was a three year starter on West Islip and held a top five ranking on laxpower.com.

“I’m really excited. Excited to teach anyone that wants to learn lacrosse the right way. It’s all about the fundamentals,” Crimi said.

In addition to fundamentals being apart of his philosophy, Crimi said that footwork, moving the ball around as fast as you can and making the extra pass on offense.