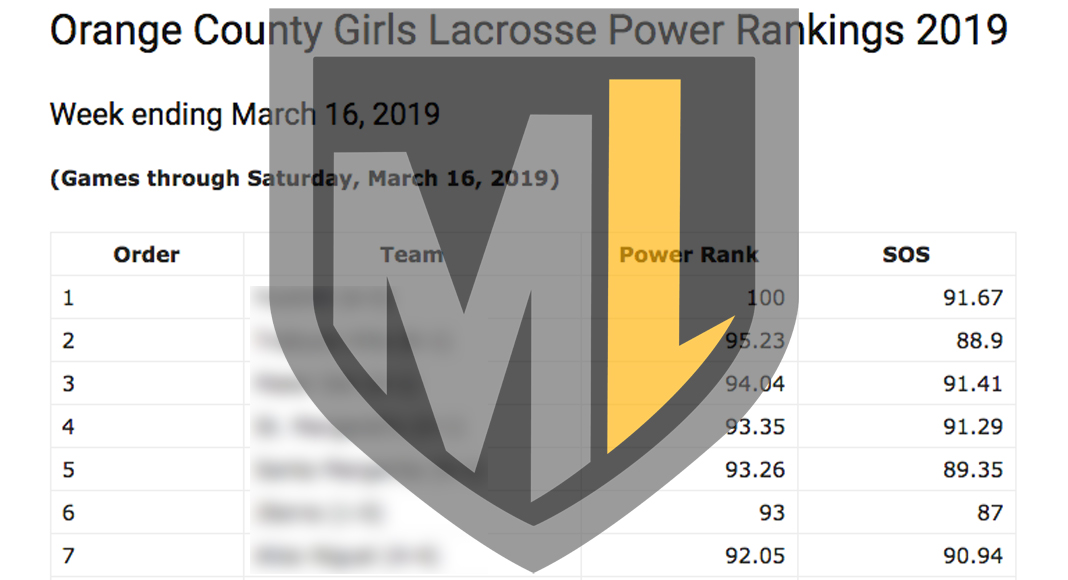 In the initial calculation — made before Monday’s games — Foothill (6-0) tops the MaxLax OC Girls Lacrosse Power Rankings thanks to undefeated record against a strong schedule. Four of the Knights’ wins are over teams ranked in the algorithm’s Top 15, along with wins over La Costa Canyon out of San Diego and Agoura, an LA Top 10 squad.

Have questions or comments about the new feature? Contact us at news@maxlaxoc.com.