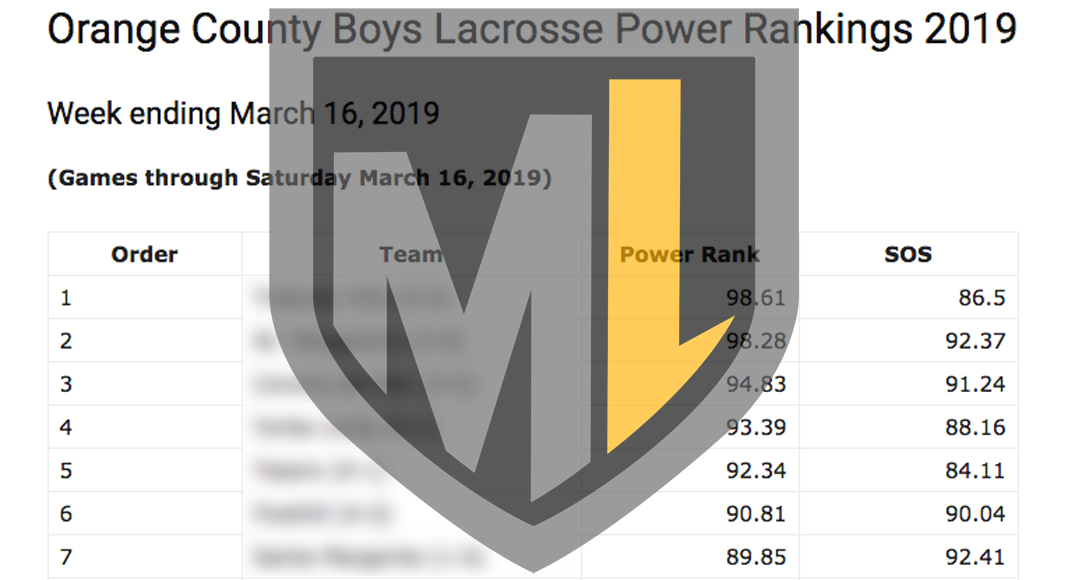 In the initial calculation — made before Monday’s games — the MaxLax OC Boys Lacrosse Power Rankings have then-undefeated Trabuco Hills on top. That likely will change next week after Foothill beat Trabuco on Monday. The Knights, though, are a bit further down after early losses to Santiago and San Clemente, both ranked outside the Top 10 in this calculation.

Notable in the power ranking is Santa Margarita Catholic at the No. 7 spot. The Eagles’ 1-5 record has come against what the algorithm rates as the toughest schedule on the list, and their ranking reflects that.

Have questions or comments about the new feature? Contact us at news@maxlaxoc.com.